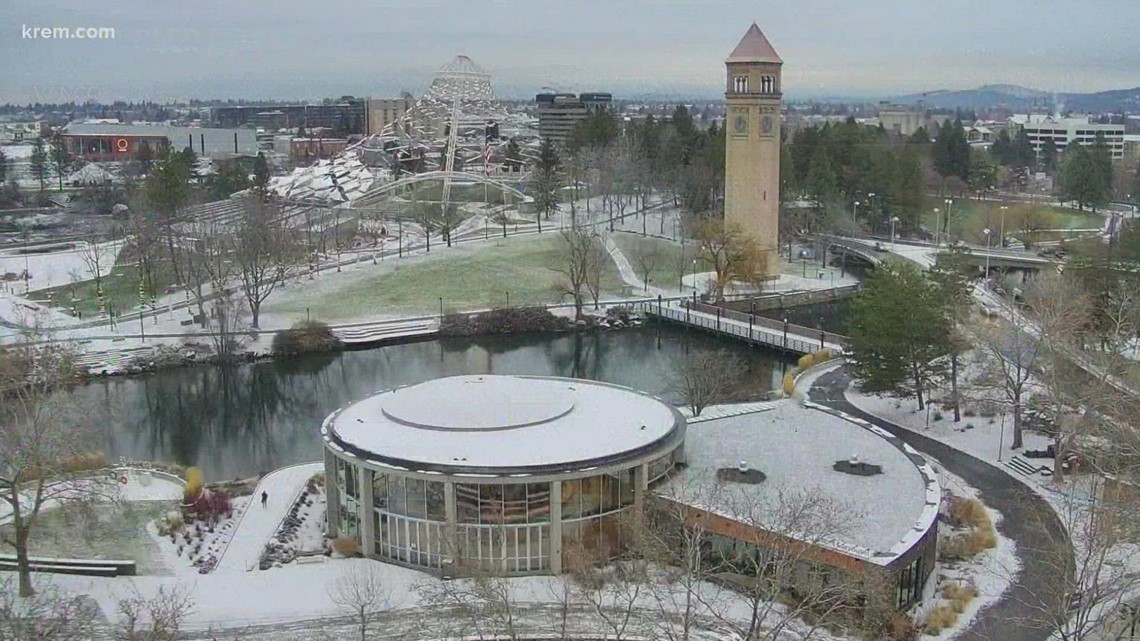 The Winter Weather Advisory is in effect until 6 p.m. on Thursday and impacts much of northeast Washington and North Idaho

SPOKANE, Wash — A Winter Weather Advisory is in place as snow falls around the Spokane area and North Idaho on Thursday.

The advisory is in effect until 6 p.m. Thursday and impacts much of northeast Washington and North Idaho, including Spokane, Coeur d’Alene, Spokane Valley, Cheney and Moscow. NWS is forecasting heavy snow at times. Snow is already accumulating on roads in North Idaho and near Stateline on Thursday afternoon.

Roads, bridges, and overpasses could see slick conditions, according to NWS, and the snow could impact Thursday night’s commute. Drivers are recommended to go slow and be prepared for slippery roads.

A look at conditions on I-90 near the Idaho State line… snowy. Please slow down, use caution, keep your headlights on for added visibility and watch for our crews. pic.twitter.com/HKOhUM869f

The Spokane area will likely see some of its coldest temperatures of the season on Friday, with morning lows in the teens and a chilly afternoon with highs in the upper 20s to around 30 degrees.

The next storm system comes in on Saturday. Though it will initially bring snow, warmer air moving in will likely change precipitation over to rain, limiting snow amounts to just a few inches locally.  Highs will be in the middle to upper 30s.

More rain and snow is expected on Sunday, with similar highs in the mid-to-upper-30s.

WATCH MORE: Spokane drivers should be prepared for slick roads on Thursday