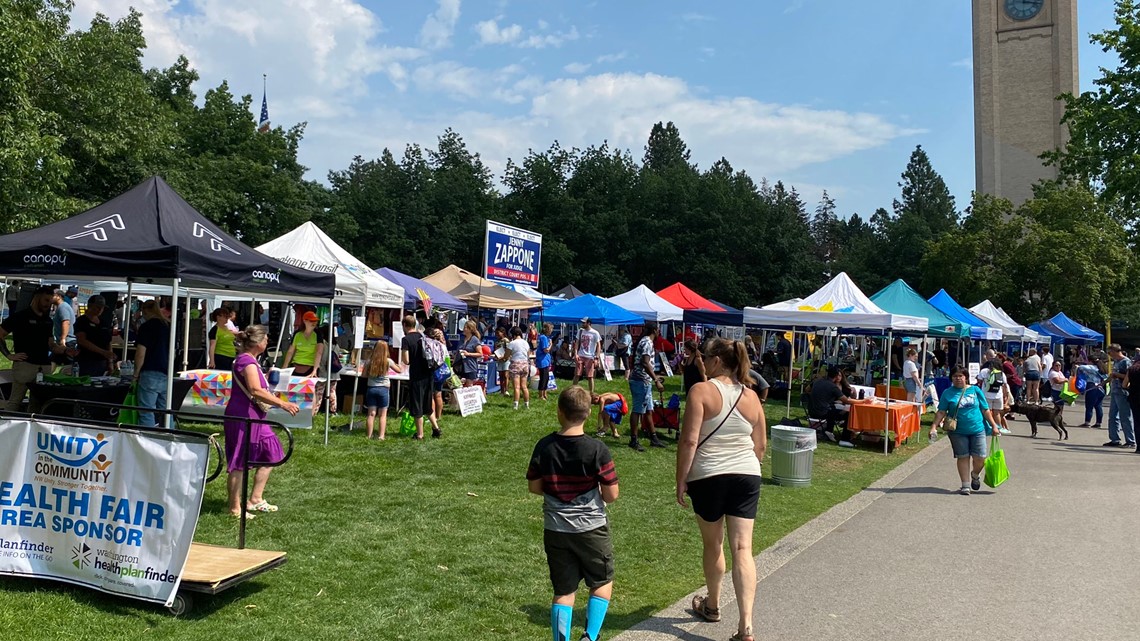 The Unity in the Community event featured a lot of booths from different parts of the world, including Sweden, the Philippines and Guatemala.

Children had the chance to pick up passports where they can fill out and get stamps from each booth they visit. And, if they fill out the entire passport, they can get a backpack with school supplies.

“To realize there’s a lot of diverse groups here in Spokane that make up our community” said Mike Lunsford the chairman of the Culture Village. “It’s a chance for those people to come out and talk about where they’re from and the history of their culture. With culture village, it gives the children a chance to learn a little bit about the Filipino or the German society.”

Unity in the Community is back at Riverfront Park! Check out different booths representing countries around the world @KREM2 pic.twitter.com/34LOjFZFlX

Each country booth used different methods to teach children more about their culture.

Sharon Moses at the Sweden booth said, “I think it’s so important. I spent 28 years in the Air Force and travelled all over the world and it certainly broadens their horizons and lets them know, ‘hey there’s a world out there other than Spokane.'”

Unity in the Community promotes knowledge and connection of the diverse communities in the Inland Northwest. But, Saturday’s event was such a small piece to a larger plan.

“It’s a great thing, hopefully people today can see there’s a lot of cultures and a lot we can learn from each other. At the end of the day we’re all here to be united and be able to make a change all together,” said Alexis Gallegos, who ran the Guatemala booth.

According to the US Census, Spokane’s population is more than 80 percent white, with the next largest group being Hispanic and Latino at six percent.

Booth runners say they’re glad to get the chance to share their culture.

“There have been a lot of children coming to our booth getting our passport stamped and this is a great event for our community because the children learn about the diversity of Spokane,” said Victoria Sattler at the Filipino booth.

This was the 28th multicultural celebration for the organization. The event is hosted every August.