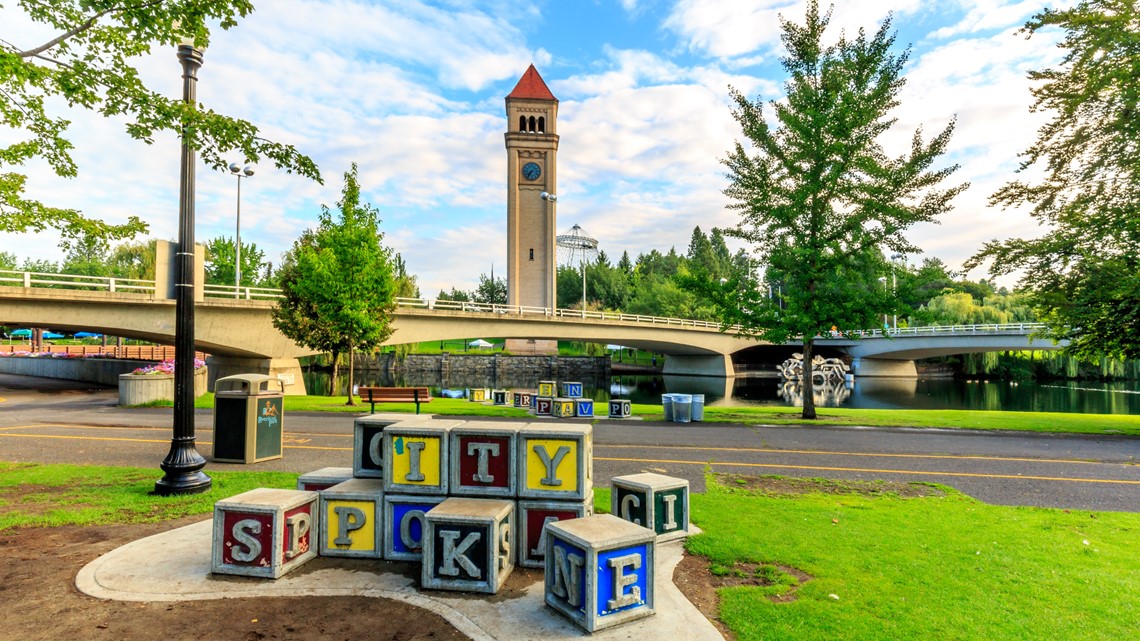 Maksym and Ilyna Shcherbynina fled Ukraine with their two children. April 1, they arrived in Spokane, seeking safety from the war destroying in their country.

SPOKANE, Wash. — Maksym and Ilyna Shcherbynina said the push to leave their home in Ukraine was the possibility if they didn’t leave immediately, they might not be able to leave at all.

So when the war began, The Shcherbyninas and their two children fled the country. They stayed in neighboring European countries, Finland and Mexico, before eventually arriving in Spokane.

Maksym said leaving at the start of the war, his family was spared of seeing the violence and war taking place in their country.

“We didn’t see a whole lot of stuff you see now on TV because we took off early,” Maksym Shcherbynina said. “We started traveling so we got lucky we didn’t see dead bodies all over the place.”

Maksym said his family came to Spokane because he has siblings in the Lilac City, but Ilyna left behind her mother, father and siblings in Ukraine.

They said they tried to avoid explaining the situation to their one and three-year-old children, but when their oldest started asking when they would be going home, they had to be honest.

Maksym said the last few weeks have been difficult, but volunteers in the countries they stayed in have helped ease the transition of moving around.

“It’s not easy,” Maksym said. “But a lot of volunteers made it a whole lot easier than what it could have been.”

Spokane Helps Ukraine is a volunteer group of Spokane and Ukrainian people willing to help the country at war.

According to its website, the organization has raised over $50,000 to send to Ukraine. Volunteers have also collected clothing and essential items for refugees who come to the U.S. with little to nothing.

Looking at a way to get back home, Maksym and Ilyna struggled with finding an accurate answer of when it will be safe to return.

“If war will end soon, there’s a chance we could go back,” Maksym said.

But there’s still a possibility it won’t be the home they once knew before. As bombs and destruction continue to demolish the city, the couple wonders what will be left when the war ends.

The Shcherbyninas said they were given permission to stay in Spokane for at least one year. They said if needed, they will look into extending their permission.