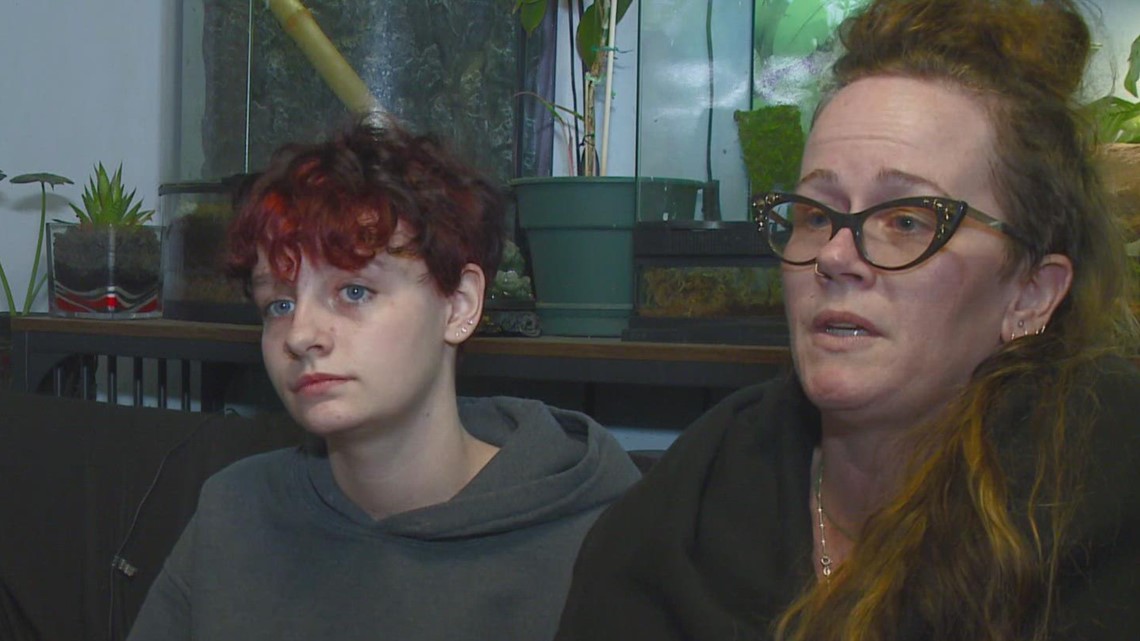 The incident was captured on video. It shows another middle school student throw multiple punches at Ian, while other students were watching, recording and laughing.

SPOKANE, Wash. — An assault of a transgender student at a Spokane middle school was caught on video on Tuesday.

The student, Ian Ring walked through how the assault started.

“I turned around, he pushed me and then I pushed him back. And he got closer, and he punched me. And then he continued from there, then I had taken his glasses off him to try and get him away,” Ring said.

Ian’s mother, Sara said she believes the way Ian identifies played a part in this. She has feared incidents like this could happen to her son.

“The conversation that we have always had about these kind of issues is to walk away, not make yourself a target, you know, especially when you’re alone and not with family,” Ring said. “He’s gone to the mall a few times and was wearing sweaters that are promoting identity and you need to be very careful, like this is an issue and if your family’s not there to protect you can’t just be yourself without worrying about even adults, you know, coming after you.”

A video of the incident was captured on Snapchat. It shows another middle school student throw multiple punches at Ian, while other students were watching, recording and laughing.

A representative for Spokane Public Schools released a statement about the assault. Here is the statement below:

“SPS takes any incident involving student conflict very seriously. We are investigating what has occurred and will work to partner with all parties involved.”

The Spokane Police Department responded to the incident and said they take hate crime accusations seriously. No one is in custody right now, but police did forward fourth-degree assault charge to prosecutors.