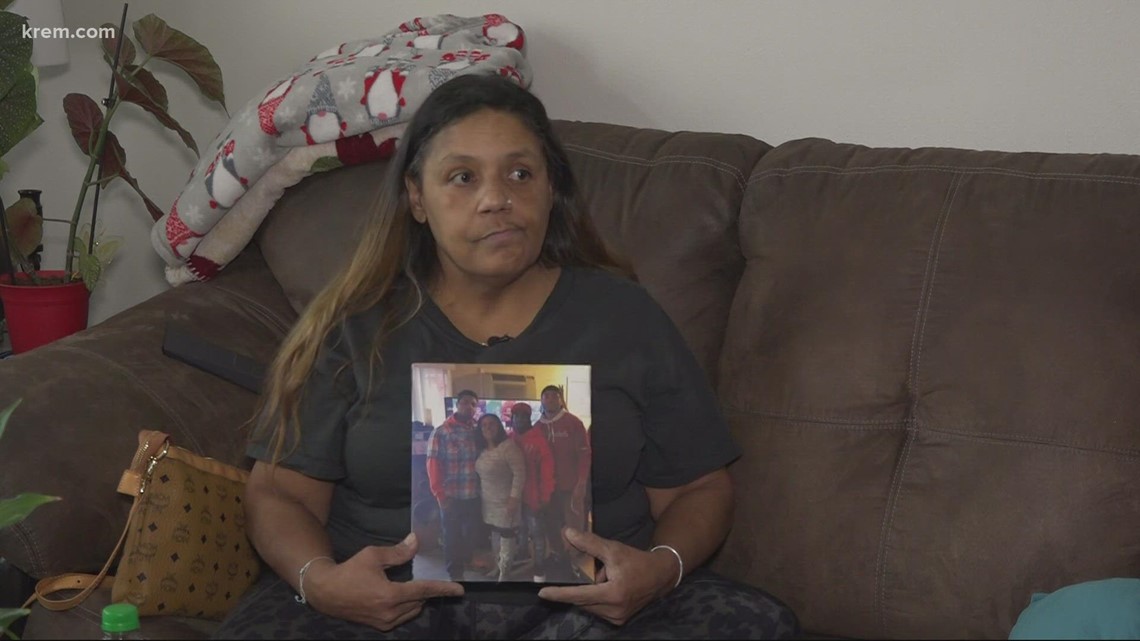 SPOKANE VALLEY, Wash. — The mother of a vehicular homicide victim wants to know why the suspect is walking free. Spokane County prosecutors said it’s because investigators have been waiting on a toxicology report.

In June, Brandon McDonald died in a crash at East Trent Avenue and Napa Street. He was the passenger and Spokane police identified Selina Juarez as the driver. Spokane County court documents say police at the scene of the crash reported Juarez smelled of intoxicants.

Juarez was arrested and appeared in court for vehicular homicide. The case is now at a standstill. Meaning, the prosecutor’s office did not file formal charges and Juarez is now walking free.

Jacqueline Collins can no longer hold her son. Instead, she holds onto the hope that he will get justice.

“We just want the truth. We want justice,” Collins said. “And we want his memory untainted. Brandon deserves more than that.”

The investigation is still ongoing–that’s because detectives had to wait for the suspect’s toxicology report to be completed.

Deputy prosecutor Kelly Fitzgerald explained it’s common for vehicular homicide charges to get filed months later when the toxicology report is complete. Right now, she said the wait for these reports is about four months.

Washington State Patrol Crime Lab runs these reports. A spokesperson told KREM this is not a new situation. They said staff shortages and an increased caseload over the last six years has led to increased turnaround times and a hefty backlog.

Collins understands these things take time. She believes she will get closure at some point, but waiting for that day is not easy.

“To me it’s a snail’s pace, but that’s because it’s been a few months since my son was killed,” Collins said. “So of course, I’m looking for justice for all kinds of different reasons. More than just he’s dead. I need to know why she did it.”

In the meantime, Collins will hold on to sweet memories of her son and hope for justice.

The investigation is still ongoing. Once it is done, and if detectives believe the report supports probable cause, they can refer the vehicular homicide charge to the prosecutor’s office. Then, the prosecutor can formally charge the suspect.