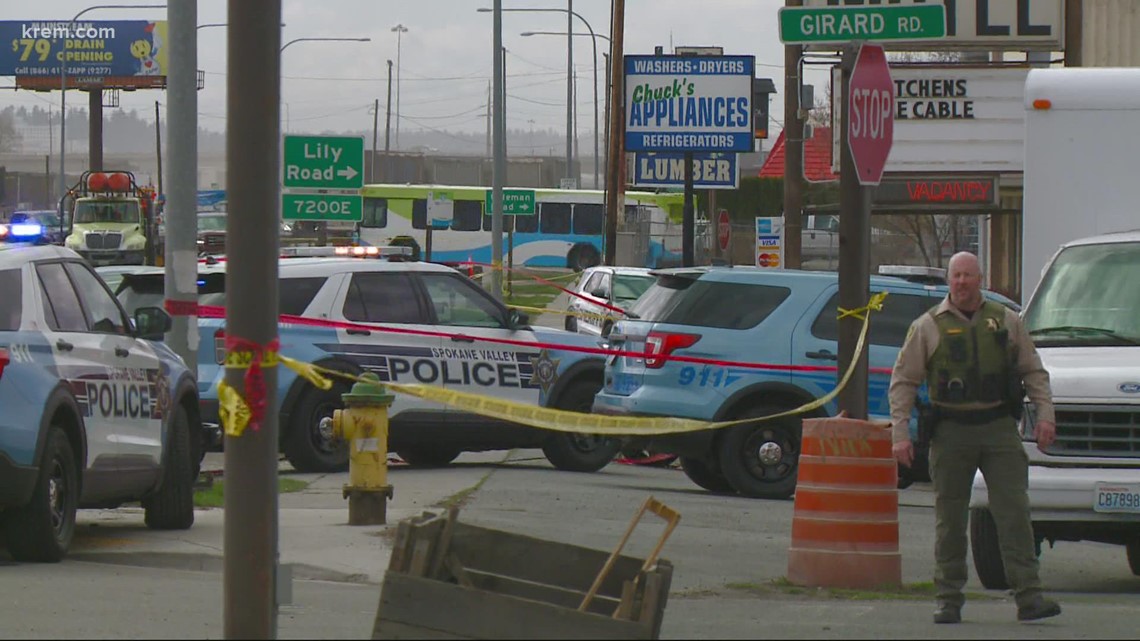 Spokane County deputies are searching for a gunman who they say shot a woman. The woman was sent to the hospital in critical condition.

SPOKANE VALLEY, Wash. — Around 11:45 Wednesday morning, deputies and paramedics raced to the Red Top Motel near Trent and Park.

“Once they responded, they found two people who had been shot at, one had been hit, was transported to a hospital in critical condition,” Sgt. Andrew Stockman said.

Detectives shut down Trent for more than five hours. The busy road became part of the crime scene as investigators set down evidence markers.

Drones overhead helped create a sketch of the violent scene.

Another person with the victim at the time of the shooting was uninjured.

“The other person remains a victim and a witness, they are being interviewed,” Stockman said.

The big question now is ‘who pulled the trigger and why?’ Detectives say the shooting does not appear to be random.

“At this time there are suspects, however we have not arrested anyone at this point and working to identify more thoroughly who the suspects may be,” Stockman said.

A tenant three doors down from the shooting told us she heard the gunshots. but thought the noise was from construction crews.

The sheriff’s office says deputies have responded to a lot of calls at the Red Top in the past, but not in the last few years.

Detectives are asking anyone with information or those who witnessed the shooting to call Crime Check at (509) 456-2233.