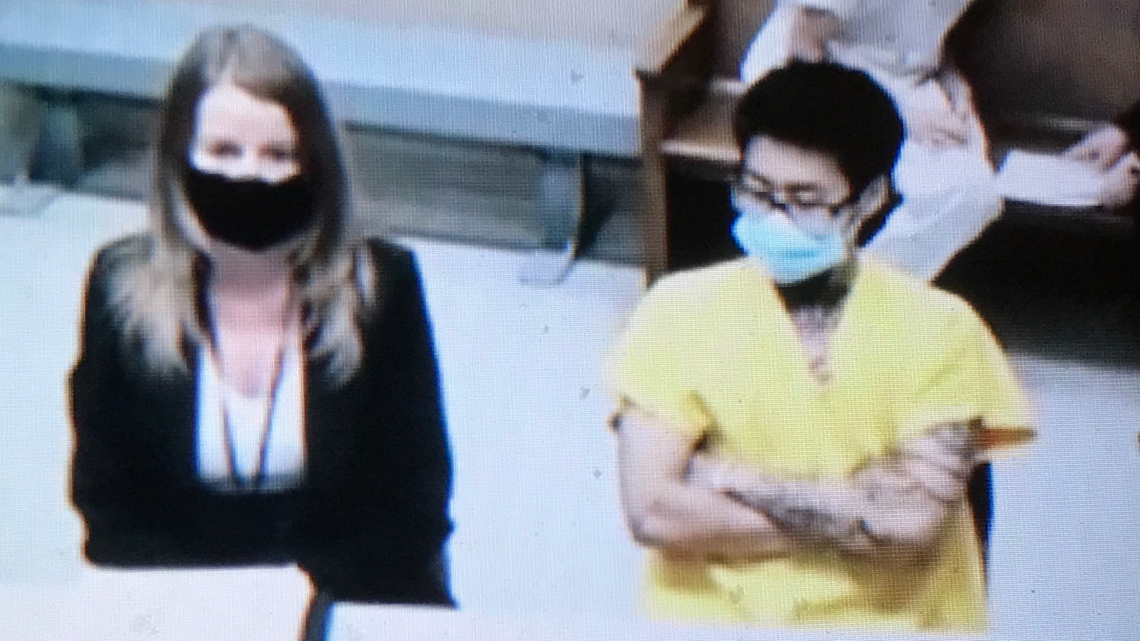 26-year-old Michael Le pleaded guilty to first-degree murder, unlawful possession of a firearm and criminal mischief against a human being on Wednesday.

SPOKANE, Wash. — The man suspected of killing a former Spokane high school track star pleaded guilty to first-degree murder and other charges related to the victim’s death on Wednesday.

26-year-old Michael Le pleaded guilty to first-degree murder, unlawful possession of a firearm and criminal mischief against a human being on Wednesday. Le was originally arrested on a second-degree murder charge in 2021.

Spokane police responded to reports of shots fired near Monterey Café and Lucky’s Pub on the night of July 31, 2021. The man who was shot, 22-year-old Jakobe Ford, died at the scene. Police chased after Le and caught him shortly after the incident.

According to the victim’s family, Ford was a former track star at Shadle Park High School and had just signed to go pro at the time of his death.

According to an affidavit of facts filed on Feb. 10, 2021, Ford was dating a woman Le had a child with and he had threatened them both. Ford told police Le sent him a Facebook message where he threatened to shoot and kill him, documents say.

Le was arrested in February after threatening Ford’s girlfriend with a knife and cutting her hand during a struggle, documents say. Ford and other bystanders jumped in to try and stop Le, documents say. Le was taken to the hospital after the struggle, according to documents.

While at the hospital, Le told police he was jumped by an unknown number of men while he was heading to his friend’s home to smoke weed, court records say. Documents say Le told police the assault stopped when a passerby told them to cut it out.

Then, he told another officer he had gone to smoke weed with another friend and had gone to her apartment but she wasn’t there. While he was leaving, he said he had words with Ford’s girlfriend and nothing else happened, court documents said.

Le was later arrested for second-degree assault and harassment and ordered not to be in possession of any dangerous weapons. He was expected to go to trial for the assault charge in September 2021.