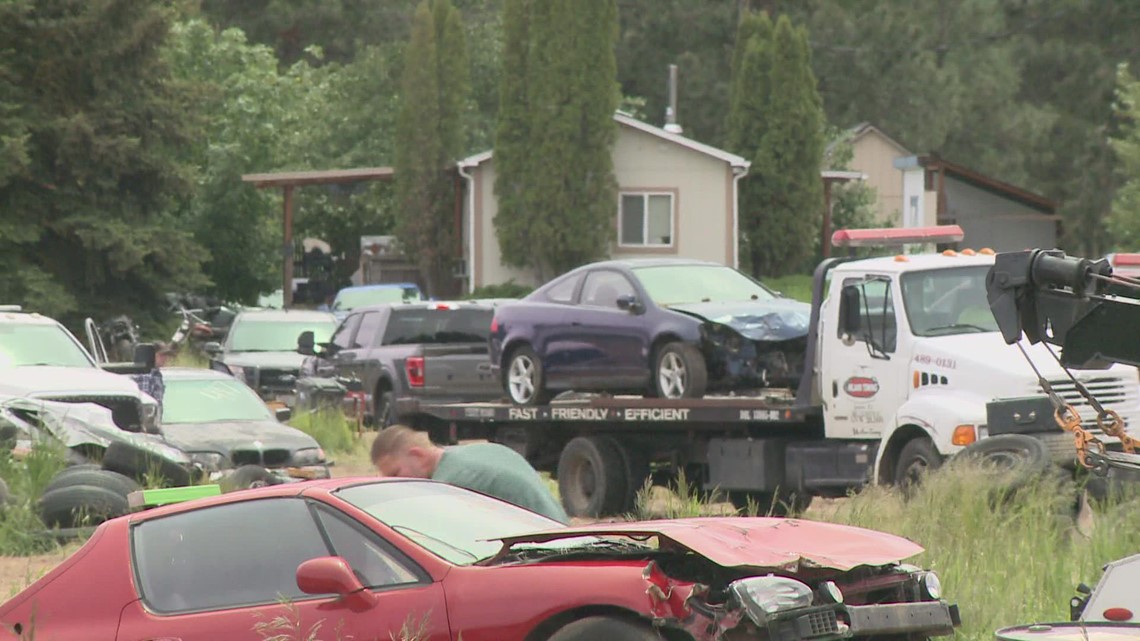 The massive job of removing all the cars began on Monday. By Thursday afternoon, tow trucks had hauled away more than 500 vehicles.

Neighbors have complained about the unofficial junkyard for years. The owner of the property also served jail time for refusing to clean up the land this spring.

Now, a judge has ordered all the vehicles to be removed. The massive job of removing all the cars began on Monday. By Thursday afternoon, tow trucks had hauled away more than 500 vehicles.

Cris Pemberton has owned a horse farm on East Green Bluff Road since the mid-1990s. She remembers when her neighbor moved in several years ago and began hauling in vehicles. She asked her neighbor what his plan for the vehicles was, to which he said he would eventually move to a new lot and open a used car business.

According to Pemberton, that never happened.

“The number of cars has tripled and kept increasing to the point of five acres almost completely covered with vehicles,” she said. “I finally said, ‘I’m going to have to go to the county and find out about this.'”

The property owner, Andrey Bovdyr, was found guilty of unlawful storage of vehicle remnants or parts in a rural zone in January 2021, according to court documents. Bovdyr did not receive any jail time for this, but the court found that he had not made any progress on cleaning up the lot a year later.

Because of this, he was booked into the Spokane County Jail on March 8 and served 47 days in jail, according to court documents.

SCSO said Bovdyr had more than 700 cars on the property before a judge ordered them to be removed in early June.

Tow trucks from around the area are coming in and out of the property, clearing the vehicles at Bovdyr’s expense. Because of this, Pemberton said some people in the community have labeled her a villain.

“I’ve had a lot of feedback through the community accusing me of ruining someone’s life and being a Karen and I strongly feel that I’m not,” she said. “I think that if it was next to their house, they would become pretty uncomfortable with it, too.”

KREM 2 reached out to Bovdyr for comment but has not yet heard back. The sheriff’s office expects the lot to be clear of all vehicles within a few days.