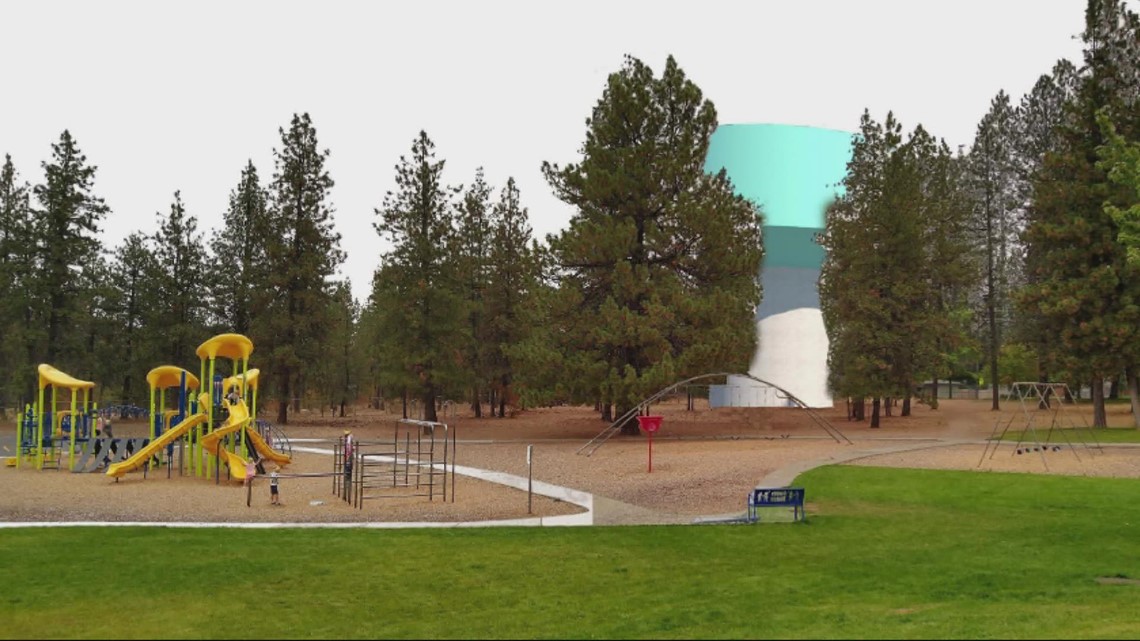 SPOKANE, Wash. — Spokane Public Schools will allow the city to build a water tower on district property next to Hamblen Elementary on the South Hill.

The city says the project is needed to increase system reliability for customers and the fire department, especially during the summer months.

Not everyone is in favor of the plan, including one man at Wednesday night’s school board meeting who said the property should be preserved for kids to play in.

Spokane City Council members still have to approve the project and the easement agreement with SPS.

The 2-million gallon tank would stand 100 feet tall and would not require any fencing. If the project moves forward, construction would begin in the spring of 2023 and take 18-months to complete.

School board members also discussed Spokane Transit Authority buses being used to bring kids to school instead of yellow school buses. Even though STA routes cover much of the school neighborhood areas, there are still outlying neighborhoods that need to rely on yellow school bus service.

The board will continue to discuss options with STA in the coming months.