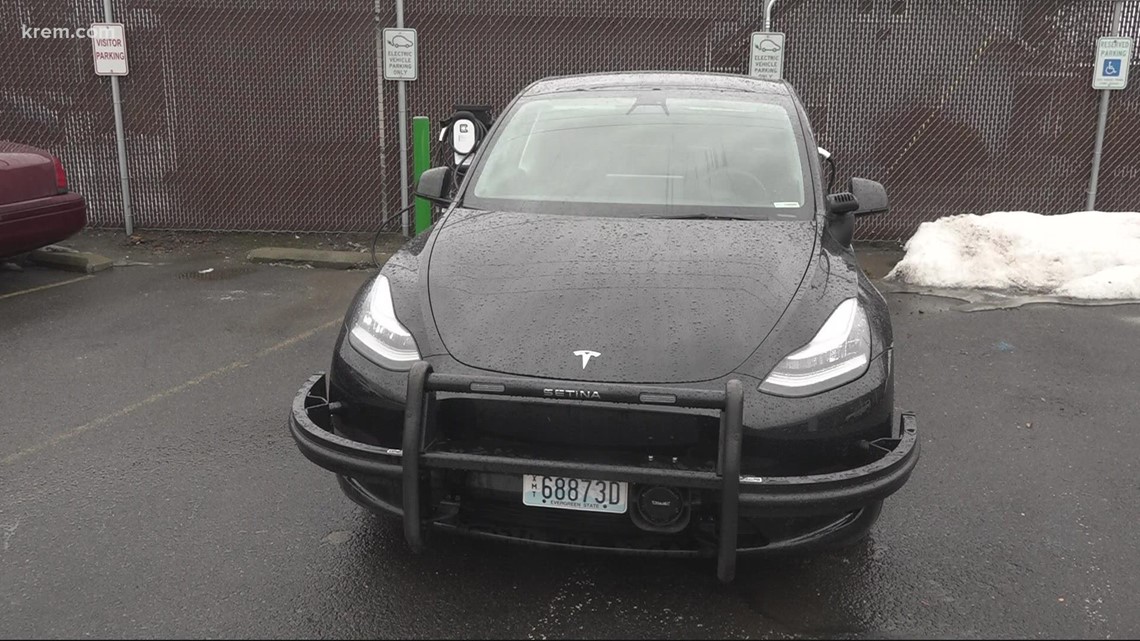 According to Spokane Police Major Mike McNabb, there are a number of issues with the Teslas.

SPOKANE, Wash. — The Spokane Police Department (SPD) has been testing out the Tesla Model Y as a police cruiser.

So far, the feedback has been less than ideal.

Most of SPD’s fleet of patrol vehicles are gas-powered or hybrids made specifically for police work. According to Spokane City Council President Breean Beggs, a state law was passed that requires police forces to only purchase electric vehicles for their fleets starting in 2018.

These Teslas are being tested by the Spokane Police Department as that replacement as its fleet of vehicles is aging. According to Spokane Police Major Mike McNabb, who oversees the fleet department, there are a number of issues with the Teslas.

Those include space issues, both when it comes to legroom for officers as well as the fact that the laptop mount covers most of the car’s digital dashboard, where most of the car controls are located.

McNabb said there are also concerns over the fact that the car’s frameless windows don’t allow them to attach bars over the windows. According to McNabb, the auto industry hasn’t yet made an all-electric car designed to specifically be a police cruiser.

“I just think we’re getting ahead of ourselves a little bit,” McNabb said. “I think if we could let the industry catch up, let the tecnhology catch up to where we can find a suitable vehicle for police work, where we can get our charging infrastructure in place, I think we’ll be in a whole lot better position and be a lot more responsible with the taxpayers money with that approach.”

According to Beggs, the police department can test out other electric vehicles if they want. However, he said it’s a matter of being in compliance with state law when it comes to SPD only being able to buy electric cars.

The City Council President is confident that the police department will find a solution.

“I’ve tried to engage them on it, so I would say there have not been enough discussions and we’re willing to work with them,” Beggs said. “We’re you know, fleet is the expert, and they’re cooperating now. We have a new fleet director, I think he’s doing a really good job, so I think they’ll get an option figured out soon.”

Beggs said that the police department could have applied for an exemption to the electric vehicle law, but the deadline has passed.

McNabb said there is supposed to be a electric vehicle made specifically for police work done by 2024 or 2025.

But until then, the police department will have to find a different electric vehicle to replace its aging fleet.