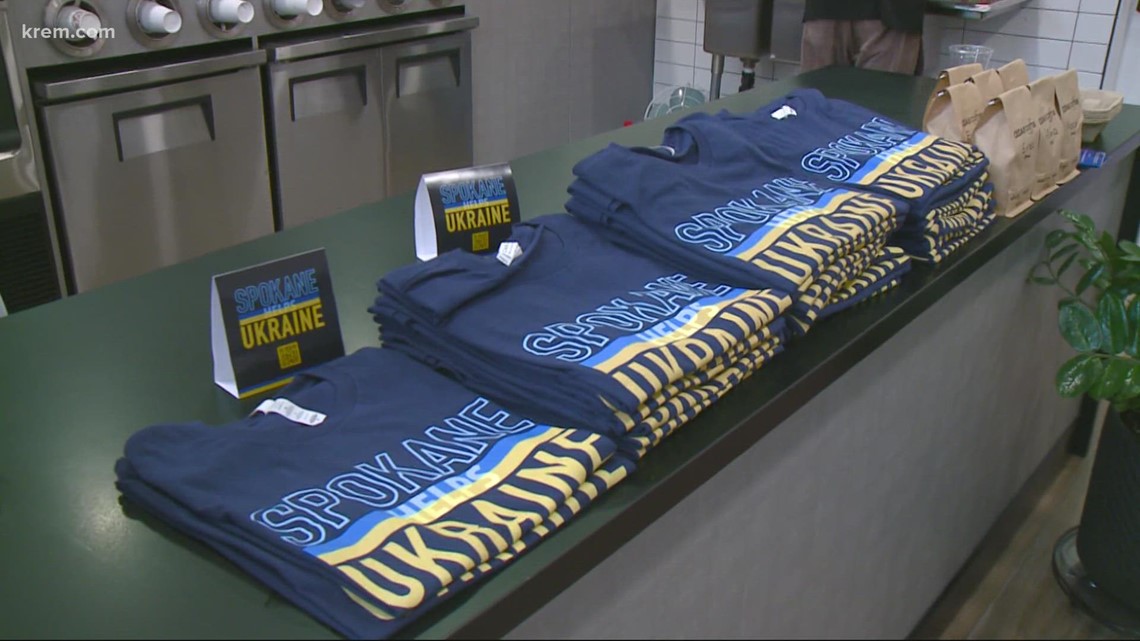 According to their website, the group has already raised nearly $50,000.

SPOKANE, Wash. — A group called “Spokane Helps Ukraine” is living up to its name.

Created by local Ukrainians, the group raises money in order to feed family and friends still in their home country.

The group is in direct contact with people in Ukraine and some families that are escaping the country and heading to Spokane.

Sergei Stefalo, one of the group’s organizers, says that he is amazed that people he didn’t even know were offering help to the group’s cause.

“A couple months ago, I didn’t really even know their name,” Stefalo said. “They’re just coming through and offering help a lot.”

Fellow organizer Greg Naker says that the origin of “Spokane Helps Ukraine” came from observing the Red Cross’s support of the war-torn country and the substantial Ukrainian presence within Spokane.

“Sergei came from Kharkiv in 1997,” Naker said. “And these people that we are sending the money directly to are friends of his.”

Organizer Darin Klundt says the group’s efforts began with a website. Soon after, a concept for the group was realized.

“And in a very quick, quick time, you got all this stuff together,” Klundt said.

While Stefalo is happy that the group is garnering support, he is quick to remind himself and others that the charity’s efforts are about more than shirts.

“It’s not about t-shirts,” Stefalo said. “It’s about helping people out there. So, it’s just such a touching moment to see that this is a community kind of coming together at the worst times. This show’s what our community is all about. Just helping each other.”

According to their website, the group has already raised nearly $50,000.