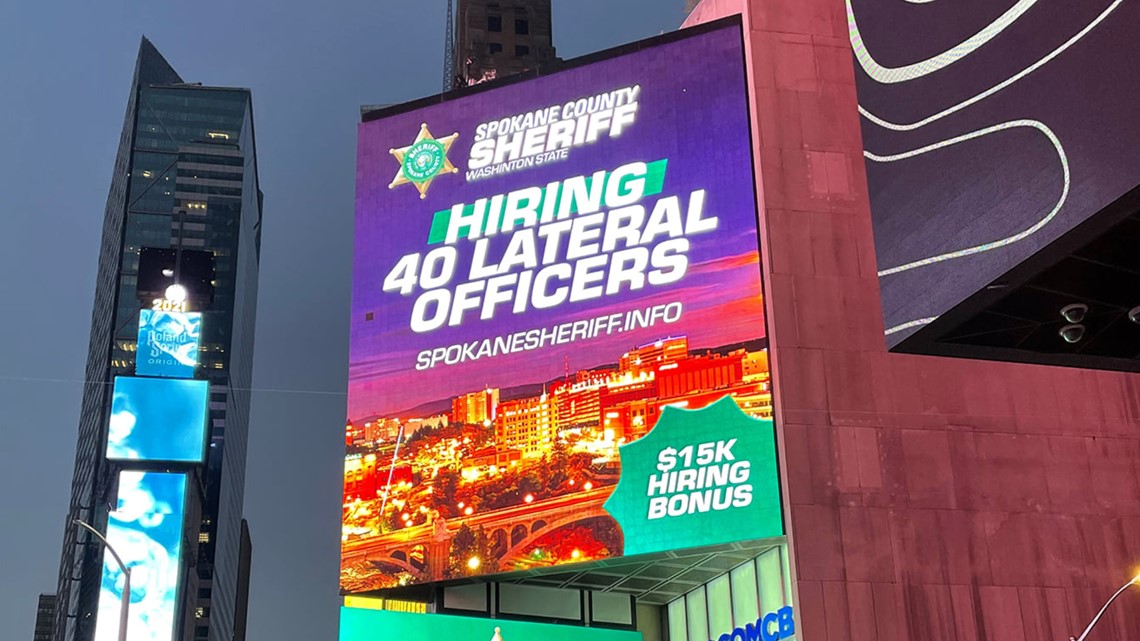 According to the SCSO, the ads are aimed to recruit qualified and well-trained law enforcement professionals from areas where they have not generally felt supported.

According to a Facebook post from SCSO, the advertisements are aimed to recruit qualified and well-trained law enforcement professionals from areas where local elected officials have not generally supported them.

“These billboard ads, located in Time Square, are a continuation of our efforts to attract experienced and professional members of law enforcement. We want them to know there is a place where they are wanted and valued. A place where they can raise their family while continuing to serve a thankful and supportive community,” SCSO wrote.

There are similar recruitment ads in Portland, Seattle, Denver and Austin.

In the original billboards, Washington was missing a “g.” SCSO said in a tweet on Thursday that the missing letter has since been found and returned to the billboards in Times Square.

Not #Breaking, Missing “g”, also known as “little g” has been located/returned to his loving #Washin”g”ton family in #TimesSquare. “Cat the Letter Hunter” spent all evening achieving this “g”reat conclusion.

It’s no accident that the cities they’re targeting are largely liberal and have had some of the largest protests calling for major overhauls to policing.

“Would you work for a place that didn’t like you, that didn’t respect you? Would you stay there?” he said. “And they’re not. They’re leaving. And we want to get the best of the best from them.”

Hiring bonuses and the fact that vaccines are not required, are incentives that are being highlighted by the SCSO.

Employees at SCSO work for the county and are not state employees, so Sheriff Ozzie Knezovich said the vaccine will not be required. Knezovich said he encourages deputies to get the vaccine, but doesn’t think any first responder should lose their job over it.