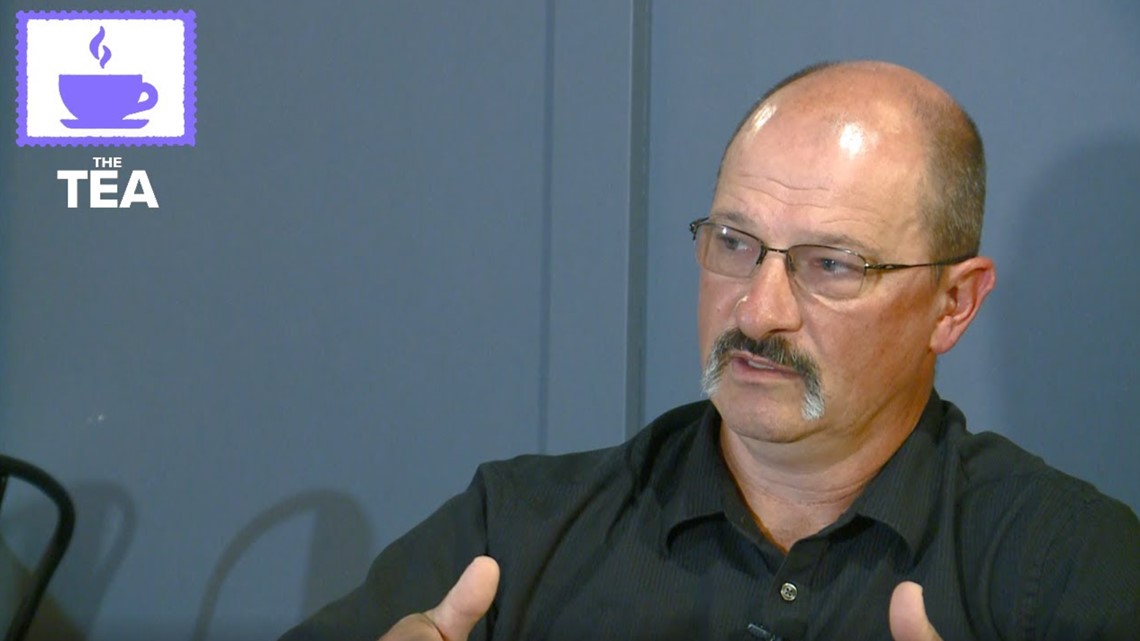 Michael Zollars is one of three candidates running to be the next Spokane County sheriff. We spoke with him over tea about what he would bring to the position.

SPOKANE, Wash. — Washington’s primary election is just weeks away. This year, the Spokane County sheriff’s seat is up for grabs. Three candidates are running to replace Sheriff Ozzie Knezovich and we want to help you get to know them. KREM 2’s Amanda Roley met with each candidate over tea to learn about where they stand on important issues.

Mike Zollars, thank you so much for meeting with me today. Now, you have the tea, and I have the questions. So we’ll start with a really tough question for you: what are you drinking?

This is a blackberry, raspberry, lemon tea.

Nice and refreshing. So Mike, first of all, why are you running for Spokane County Sheriff?

One candidate had some issues and he withdrew from the race. And I thought, ‘There’s one person left and that person should not just be handed this job.’ The people should have a choice. Looking at my background, the things I’ve done, what I stand for, I think I’m a really good choice.

What is going to make you stand out against the other two candidates?

First of all, my commitment to community. I am a lifetime public servant, on [the] public safety side, since I was 18 and before. I am willing to make hard decisions, I am willing to tell people no, and I won’t take things personal. There have been a lot of relationships that have been damaged by our current administration with stubbornness and anger, and it’s not necessary.

What are some changes that you would want to see if you’re elected sheriff?

I have staffing changes in mind that I would like to do. I would move people around, or some expenditures that are currently occurring that I don’t agree with.

There’s one person that gets overtime, two to five hours a day when I left, every day, every work day. Just one person.

Are you sure that’s still the case?

Obviously, I don’t work there anymore. I haven’t seen it, but it did happen. We’re spending a lot of money advertising all over the country for people to come here. I think there are hundreds of people that can do this job well, in the Spokane region, even in North Idaho.

So you’d rather see advertisements locally rather than nationally?

Let’s go to them.

Our county is plagued with drive-by shootings. We’re seeing that uptick. What do you think it will take to see a significant reduction in these shootings?

Persistence and punishment. People don’t want to hear that. Their jails are full, their prisons are full, but that’s truly where you make an impact.

Where do you stand with gun rights?

I’m a firearms owner, a lifetime firearms owner. I hunt, I competitively shoot and I enjoy that. It is recreation for me. A lot of the laws that are written aren’t going to have any effect on criminals. Why? Criminals don’t obey the law. That’s what makes them criminals.

To watch the full hour-long interview, watch the YouTube video posted below.