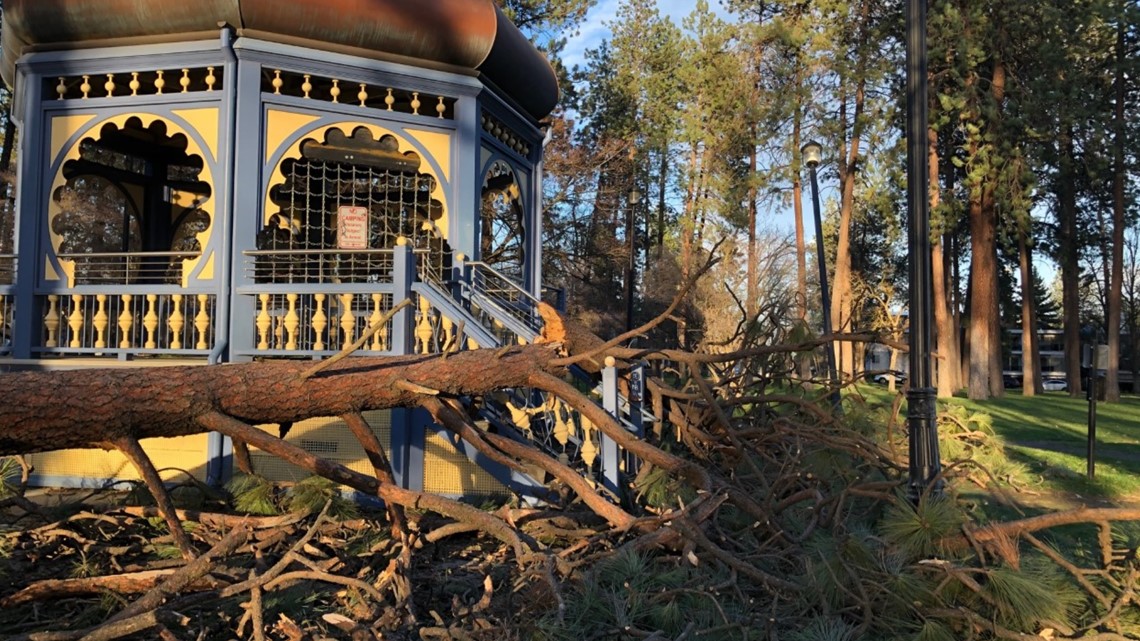 SPOKANE, Wash. — The City of Spokane has received four reports for downed trees in city parks, four of which in Coeur d’Alene Park and Downriver Golf Course.

Coeur d’Alene Park received significant damage, as one of the downed trees smashed into the staircase of the park’s gazebo.

There were 20 calls today to the city’s 311 center related to downed trees on the roads.

Downed trees were not the only problems caused by today’s windstorm, as the Inland Northwest also suffered downed power lines and severe wildfires.