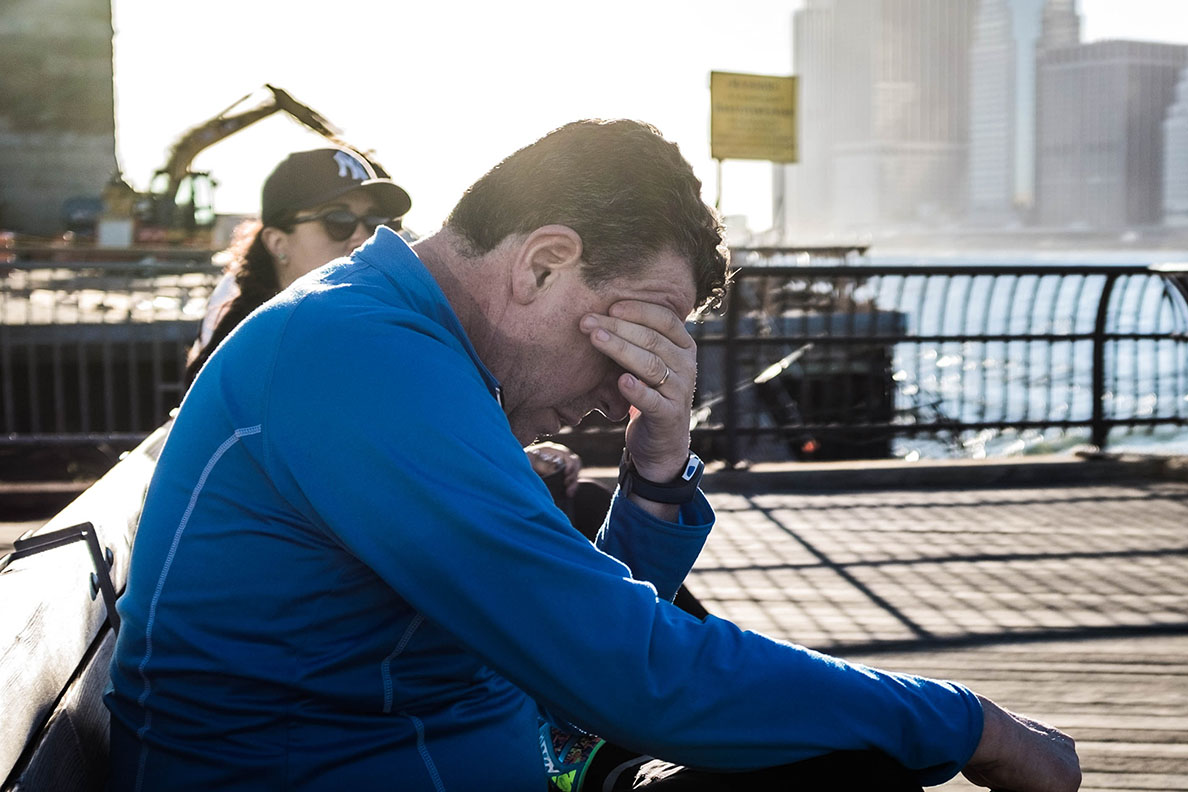 PULLMAN, Wash. – It’s no secret that going without sleep can affect people’s mood, but a new study shows it does not interfere with their ability to evaluate emotional situations.

It is often assumed that feeling more negative will color people’s experience of emotional images and events in the environment around them. However, Washington State University researchers found that while going 24 hours without sleep impacted study participants’ mood, it did not change their performance on tests evaluating their ability to process emotional words and images.

“People do become less happy through sleep deprivation, but it’s not affecting how they are processing emotional stimuli in their environment,” said Anthony Stenson, a WSU psychology doctoral student and lead author of the study in PlosOne.

The findings have implications for healthcare providers, law enforcement and people in other long-hour professions who need to be able to control their own emotions during stressful and emotionally trying situations. Sleep loss is not likely to make them numb to emotional situations, the researchers found, but it is likely to make them less able to control their own emotional responses.

For the study, about 60 adult participants spent four consecutive days in the Sleep and Performance Research Center at the WSU Elson S. Floyd College of Medicine. All participants were allowed to sleep normally the first night and then given a set of baseline tests to judge their mood as well as their emotional regulation and processing ability. Then, the researchers divided the participants into two groups: one group of 40 people spent the second night awake, while a control group of 20 were allowed a normal sleep period. The tests were then re-administered at different intervals.

The emotional regulation and processing tests both involved viewing a series of images with positive and negative emotional connotations. In the emotional regulation tests, participants were given a prompt to help them recontextualize negative images before seeing them and asked to control their feelings. The sleep-deprived group had greater difficulty reducing the emotion they felt when instructed to do so.

The processing tests involved responding to words and images with emotional content, for example rating the emotions conveyed by a smiling family, a growling dog or a crying child. All participants performed similarly on these tests whether they were sleep deprived or not.

The distinction between processing the emotional content of the world around you and being able to regulate your own emotional responses is an important one, especially for some professions, said co-author Paul Whitney, a WSU professor of psychology.

“I don’t think we want our first responders being numb to the emotional nature of the situations they encounter, and it looks like they are not,” he said. “On the other hand, reacting normally to emotional situations, but not being able to control your own emotions, could be one reason sleep loss sometimes produces catastrophic errors in stressful situations.”

A lot of previous research has looked at how sleep deprivation impacts so called “cold” cognitive tasks—supposedly emotionally neutral tasks like recalling facts. These studies have also found that regulation, which is considered a “top-down” cognitive process, is a major problem with cold cognitive tasks. For instance, mental flexibility is compromised by sleep deprivation. This is the ability an emergency room doctor might need to quickly change tactics if a patient isn’t responding to a treatment.

The current study shows that top-down regulation is a problem as well with “hot” or emotional cognitive processes. Future research is needed to understand whether the effects of sleep loss on the two top-down processes are linked.

This study is the result of an ongoing collaboration among WSU psychology researchers and sleep experts at WSU College of Medicine. Other authors include psychology post-doctoral fellow Courtney Kurinec as well as psychology Professor John Hinson and College of Medicine Professor Hans Van Dongen. All are also affiliated with the WSU Sleep and Performance Research Center.