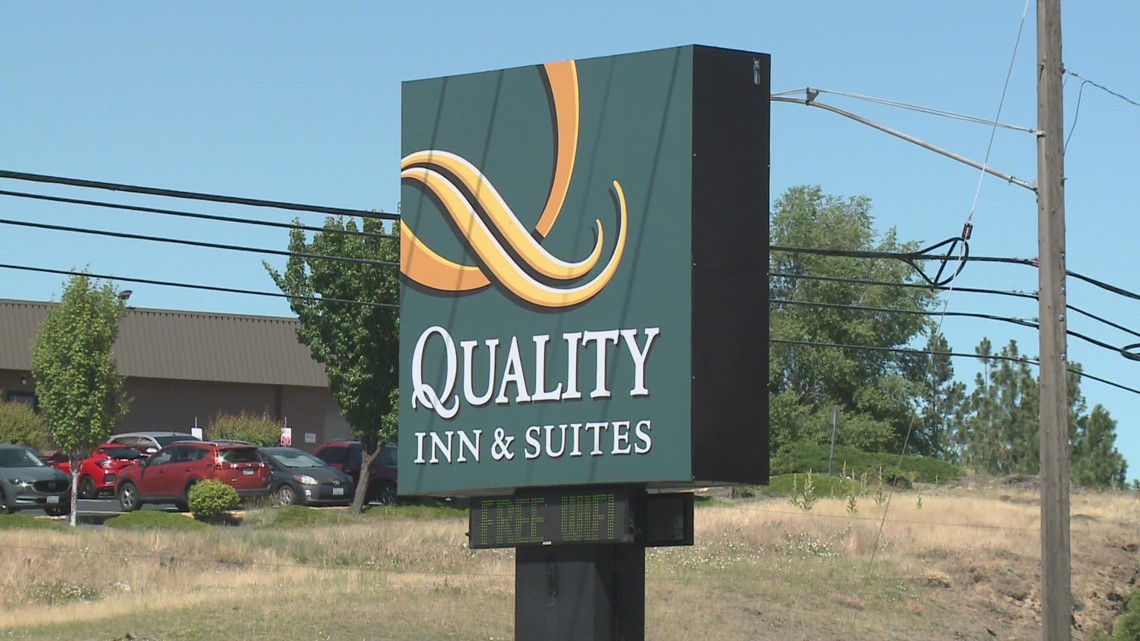 The city of Spokane submitted a 24.3 million dollar proposal on housing people who live at homeless encampments. One of the proposal locations is the Quality Inn.

SPOKANE, Wash. — The city of Spokane submitted a $24.3 million dollar proposal on housing people who live at homeless encampments. One of the proposal locations is the Quality Inn right on Sunset Boulevard.

People that live near the Quality Inn think that it’s a great idea.

“I think it’s great. I think that there’s a lot of homeless people in Spokane and I would love to see them get some shelter,” said Amber Atwood, a resident living near Quality Inn. “So I’m glad to hear they’re doing something about it. I’m not too worried about it at all I think that it will be in a controlled environment which is better than them being on the street.

Atwood lives near Quality Inn. She and other neighbors living near the facility say they’ve had there fair share of homeless people coming in and out of the area. But adds they’re never usually a problem.

Alan Jackson, a local resident, said, “There’s been a fair amount of them through the past couple years, so I don’t think it’s going to be any worse than it’s been.”

Recently the city of Spokane put together a proposal to get more homeless people into alternative housing.

The Quality Inn is one of the housing sites proposed. The state recently awarded $6.5 million to Catholic Charities to buy the hotel.

One person who says it’s a good idea does have concerns about the relocation efforts.

“My only concern is there are people who will take it as a freebie like I get free housing, I won’t have to work, everything is given to me on a platter,” said Christina Young, who lives near Quality Inn.