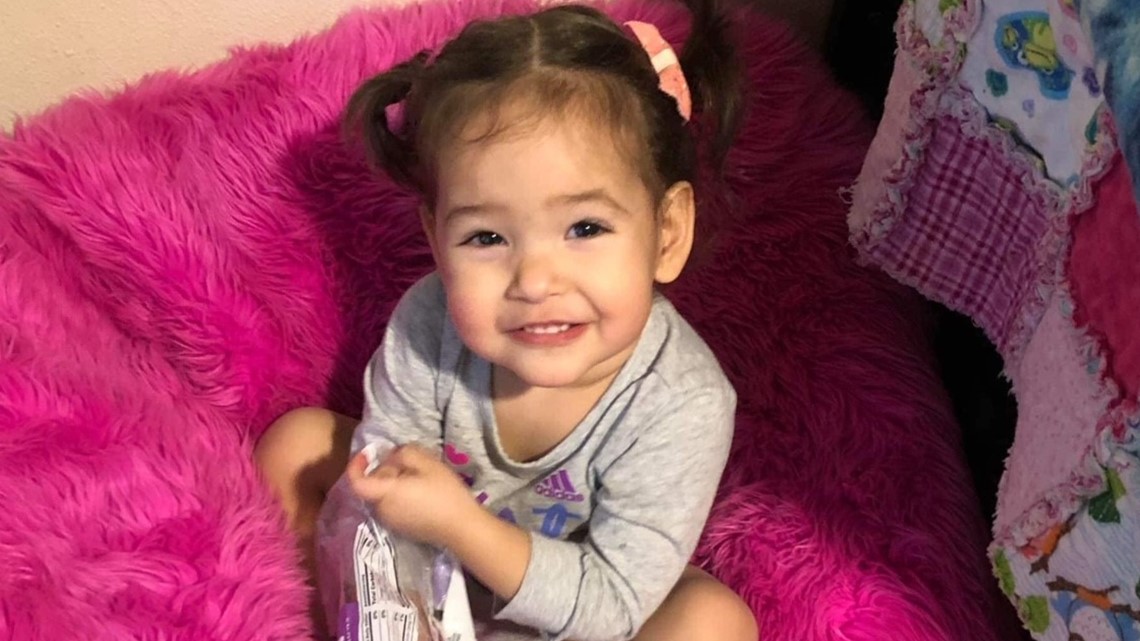 The Spokane County Medical Examiner’s autopsy report listed both the cause and manner of Azaelia’s death as ‘undetermined.’

SPOKANE, Wash. — Second-degree murder charges against a Spokane Valley man accused of killing a 19-month-old girl have been dropped and he has been released from jail, according to documents filed in Spokane County Superior Court.

Mickey Brown Jr., 19, was charged back in September 2021 with second-degree murder for the death of 19-month-old Azaelia R. Jones, who he was watching while her mother, Brown’s girlfriend, was at work.

In a motion filed April 20, Chief Criminal Prosecuting Attorney Larry Steinmetz said the Spokane County Medical Examiner’s autopsy report listed both the cause and manner of Azaelia’s death as ‘undetermined.’ The determination was made on Jan. 13, 2022, according to the medical examiner’s office.

According to Steinmetz, the state does not believe sufficient evidence exists to prove this matter beyond a reasonable doubt to a jury on the present charges.

Spokane County Prosecutor Larry Haskell agreed. “You can imagine the fertile ground for a defense lawyer to stand up in closing arguments or in a motion before the judge at halftime to say ‘Hey, even their own experts agree they can’t tell.'”

According to the Spokane County court viewer, the order to dismiss the charges against Brown was filed on April 22. Family members of Brown said he was released from jail on April 20.

Brown’s family told KREM they believe he was detained illegally and they are in the process of filing a lawsuit against Spokane County.

After hearing the charges against Brown were dropped, the Family of Azaelia created a Facebook page group on April 25, 2022, named ‘Justice for Azaelia Raine Redhorse Jones’, #justiceforazaelia, to help get justice in the case.

In a statement to KREM 2, Azaelia’s family said in part:

“We need and deserve to know the truth of what happened to answer all the questions we have and just want justice for Azaelia. Until that day, we will celebrate her life every day and keep her memory alive in everything we do. Azaelia has touched so many lives and is loved and missed by so many. Our lives have been forever changed.”

Azaelia died Aug. 7, 2021 at Sacred Heart Medical Center, according to the Spokane County Medical Examiner. A doctor at Sacred Heart told investigators that a CT scan showed Azaelia had bleeding on the surface of her brain, documents say. He said she also had bruising on the inside of both her ears, forehead and right cheek, documents say. The doctor reported that Jones’ injuries were the result of a “very traumatic” event, according to documents.

According to court documents, when fire personnel arrived at a home on East 2nd Avenue on Aug. 4, 2021, Azaelia was not breathing and had a low heart rate, documents say.

Brown told first responders that on Aug. 4, 2021 Azaelia woke up from a nap when she suffered a seizure as he was giving her a bath. He said he brushed her head under cool water from the shower then he laid her on her side and patted her back for a minute, documents say. Brown said he picked up and ran with her to his brother’s house on East 2nd Avenue.

Brown told officers he left Azaelia with his brother and went to a neighbor’s house to call 911 because his phone wasn’t in service, documents say. Brown’s brother also called 911 and the operator told him to perform CPR. Medics took CPR over once they arrived on the scene.

A deputy said he heard Azaelia’ mother say she had been suffering from nocturnal seizures for the last month and that she was scheduled for an EKG in the next week, according to previews court documents obtained.

Documents report that Azaelia had abrasions on her forehead, chest and knees as well as contusions to her left ear and right cheek. Brown told fire personnel that the day prior his dog had knocked Azaelia over and she hit her head, documents say.

According to court documents, Brown told his brother that Azaelia had a seizure when he was changing her diaper.

Azaelia’s mother told investigators that she learned of her daughter’s injuries when Brown’s mother messaged her on Facebook saying, “Your baby isn’t breathing,” documents say.

She then spoke with Brown and rushed to the hospital. Azaelia’s mother said she was told that her daughter was knocked over by Brown’s dog on Aug. 2 when she got off work, according to court records. She showed detectives her recent call history showing several calls to urgent care and doctor’s offices on that same day, documents say. She said Azaelia was a healthy child prior to the events of that week, according to the warrant.

Back in August, during an interview with detectives, Brown said he dropped Azaelia outside by a garbage can in the backyard while she was having a seizure after he ran to get help. The detective noted that Brown had a visible injury to his hand, documents say. Brown also said Azaelia’s mom called a pediatrician the day before to ask about eye discoloration, documents say.