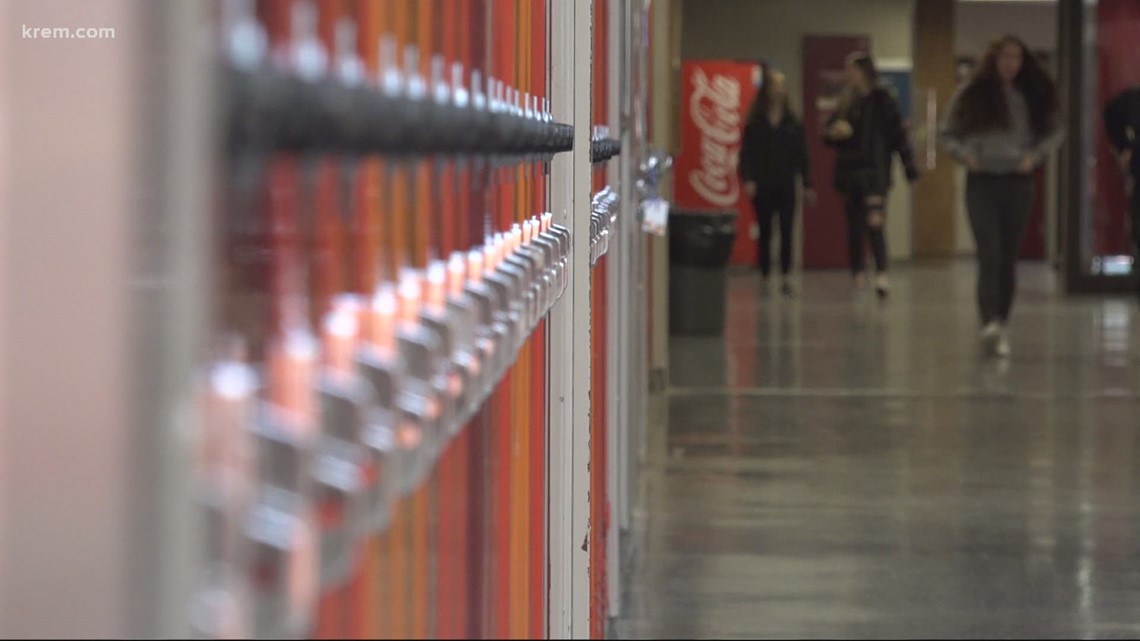 In more than 30 reports, staff at Spokane Public Schools demonstrate resistance to file police reports without permission from the SPS Director of Safety.

SPOKANE, Wash. — Police reports that were reviewed by Spokane Police Chief Craig Meidl show that staff and administrators at Spokane Public Schools (SPS) have inconsistently responded to reports of threats, physical and sexual assaults on campus.

The reports were obtained by KREM 2 Investigators through a public records request. The majority of reports obtained were not filed by SPS as a whole but were filed by individuals.

The reports come as the Federal Bureau of Investigation (FBI) is investigating the district for allegations of criminal activity in schools.

According to documents, a physical education teacher at Ferris High School wanted to press charges against a student who threatened to kill her in January 2022.

Another teacher who witnessed the incident said the student threatened to kill the P.E. teacher, called her an inappropriate name and said, “boom boom boom,” while “pointing his hand in her direction as if he’s holding a handgun.”

In a letter to Meidl from Lt. Rich Meyer, he said the P.E. teacher wanted to press charges against the student, but said she could not do so until she checked with the SPS Director of Safety Randy Moore. The letter states that he was not available on the day of the incident and could not be reached for six days after.

Meyer said officers on scene were under the impression that SPS is requiring teachers and staff to get permission from Moore before involving the police. KREM 2 learned in early March that the SPS school board and district amended campus safety documents that discourage teachers from reporting violence directly to the police.

“I have a great concern with the school district doing this as incidents could escalate that will put students in great danger,” Meyer wrote to Meidl.

According to the letter, Moore told Meyer that he did not know why the P.E. teacher felt that she needed permission “to be a victim of a crime,” but added that he “recognizes the issues of mixed messaging from SPS.”

Multiple incidents of assault at Lewis and Clark High School were documented in the reports, including a student assaulting a special education teacher in October 2021. According to the report, the teacher filed a police report a month after the incident.

The report says the student, who operates at a second-grade level, suddenly started kicking and punching another staff member before turning his attention to the teacher. The teacher said the student began punching the back of his neck and head before he fell to the ground. The teacher did not touch the student.

The teacher went to the hospital for treatment and left school early. He then contacted the school to find out when he could come back, but documents say he was told he count not come back to work because he was under investigation.

In early November 2021, another incident occurred at Lewis and Clark High in which a student was punched by another student while leaving the school, causing him to fall, hit his head and be knocked unconscious.

Police were called to Providence Sacred Heart Medical Center more than 12 hours after the incident occurred. The student was being treated for injuries that required surgery, though the police report did not specify his injuries.

The report does not mention whether staff alerted police to the incident.

In another incident at Glover Middle School, the assistant principal called police in April 2021 after she learned an eighth-grade student was having a sexual relationship with an 18-year-old man.

The assistant principal told officers that the girl is “very anti-police and would refuse to communicate any of this information with uniformed officers.” Responding officers decided not to question the girl or her family further to ensure they would not escalate the situation, according to the report.

SPS planned to hold a news conference on Thursday to discuss its safety policy but canceled the meeting on Wednesday afternoon. The district instead sent an email detailing the campus safety model and said they were unable to comment.

“Although we are happy to talk about our safety model, its history, and the current positive impact on students and families, we are unable to answer any question that could be perceived as relating to the current FBI review,” SPS said in a statement.