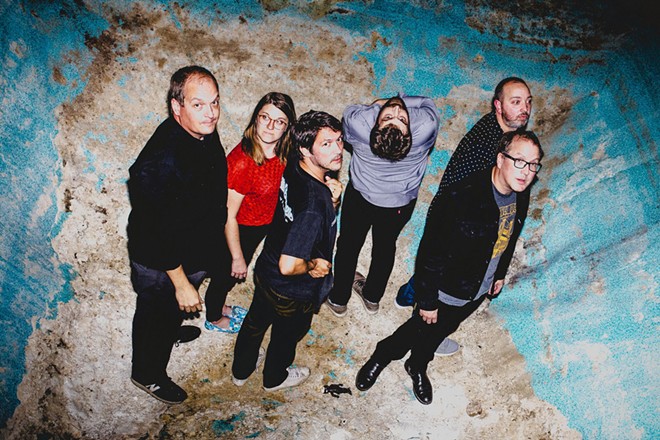 The musical corner of the internet briefly lost its collective mind Jan. 18 in response to the announcement of When We Were Young. The one-day festival’s lineup was loaded with a ridiculous 60-plus bands that hit the member berries sweet spot for mid-to-late-’00s emo kids. With headliners like My Chemical Romance and Paramore, the October Las Vegas fest quickly sold out (and then added two more dates which also instantly sold out).

When We Were Young is only the latest example of folks cashing in big on emo nostalgia. While there’s a never-ending wave of emo bands doing anniversary tours and vinyl rereleases, I won’t ever fault artists for maximizing their career peaks (even if they get a bit rote after a while). It’s more concerning when mining those memories for money gets detached from the actual artists.

Perhaps the most noted cog in that ecosystem is Emo Nite. Started at a dive bar in Echo Park in Los Angeles back in 2014 (originally called Taking Back Tuesday), Emo Nite started as DJs simply playing emo music before evolving into a touring event. Eventually it morphed into a club night brand with off-shoots in many major U.S. cities, and even looped in decidedly un-emo musicians and celebrities (Blink-182, Demi Lovato, Sum 41, The Chainsmokers, etc.).

Personally, I’ve always felt an unease with Emo Nites and their ilk milking emo nostalgia.While I was never a wheelhouse emo kid, there’s an off-putting element to the proceedings. Emo’s defining characteristic is over-the-top lyrical melodrama, but the tone of these events always seems somewhat mocking. Like, “Let’s go scream out these songs in groups because LOL remember when we were 16 and doing it seriously?” It’s so dismissive of the actual music and its original earnestness, some of which holds up if you’re not looking at it through a faux nostalgia lens, like you’re rummaging through your childhood bedroom drawers for old band shirts to winkingly post about on Instagram.

When We Were Young also slightly misses my personal emo zenith. With the genre being so targeted to a specific niche of angsty teens, the band generations come and go mostly in short two- to four-year windows. While some of the headliners hit in the optimal time for my high school self (Jimmy Eat World, Alkaline Trio, The Used), most of the bill hit after I’d moved on to a far less emo collegiate environment. I wasn’t in the wheelhouse for peak My Chemical Romance or Paramore, those were bands I primarily saw when they were opening acts or in tiny Warped Tour tents. 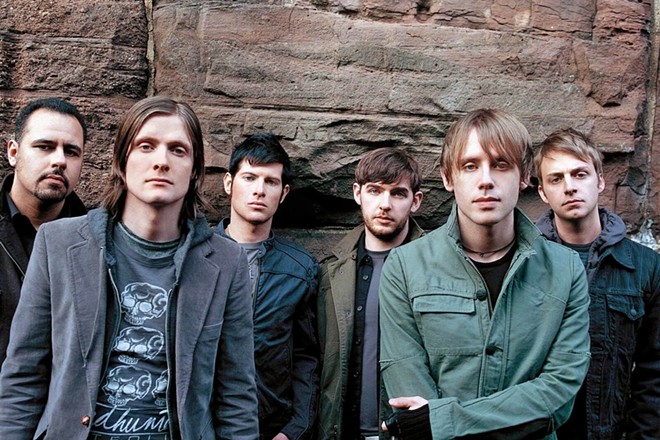 Perhaps that’s why the upcoming tour featuring Thursday, Cursive, Jeremy Enigk and Appleseed Cast feels much more my pace than When We Were Young. The acts all are at least one or two emo generations before the targeted audience of the festival, leading the tour to be far less awash in saccharine nostalgia.

Thursday is the closest to the When We Were Young generation, coming up in the late-’90s/early-’00s New Jersey/New York emo scene alongside acts like Taking Back Sunday, Brand New and Saves the Day. But the band also never felt exactly simpatico with those more melodic, pop punk-rooted groups. Thursday’s sound on touchstone albums like Full Collapse and War All the Time always veered more toward a post-hardcore sound, not necessarily heavy, but dark and atmospheric with an edge. While the band often gets lumped in with the screamo music, there was an inherent composure to singer Geoff Rickly shifting between howls and measured, almost spoken-word delivery that gave Thursday an air of composure and maturity compared to its peers. If poppy emo was the melodramatic kids in drama club, Thursday was the English lit kid poring over poetry in the corner.

Perhaps it was my late introduction to the band, but it didn’t occur to me that Cursive was considered emo by many until well after the fact. The band’s heavy herky-jerky indie rock — frequently augmented by flairs of horns, cello, etc. — combined with frontman Tim Kasher’s grizzled timbre made Cursive’s music come off more like poetic adult anguish than kids wailing about their romantic shortcomings. The band’s arty gruff snarling permeates its most-cited emo classic, Domestica, but really found its idealized form on the genre-defying classic The Ugly Organ and its wonderfully troubled artistic wallowing.

Jeremy Enigk certainly has the biggest claim to being an emo godfather of anyone on the bill. As the frontman for the widely influential emo originators Sunny Day Real Estate, there are very few people more responsible for what the genre would become. That said, when Enigk went solo, he also left an indelible stylistic mark that others would follow in less overtly emo ways. His 1996 solo album Return of the Frog Queen‘s off-kilter orchestral songwriter pop feels like a precursor to Neutral Milk Hotel’s breakout and the eventual rise of baroque indie outfits like Arcade Fire.

Coming from the school of emo founded by bands like Mineral (and originally named December’s Tragic Drive after a Sunny Deal Real Estate lyric), The Appleseed Cast have been more sonically adaptable than many of their emo peers. The band belongs to the same Midwestern emo phylum as groups like American Football, where the foundational bedrock is indie rock (instead of punk or hardcore music) and finding dreamy instrumental grooves to get lost in is encouraged (see: Low Level Owl: Volume I & II).

The uniting thread behind these four veteran emo acts — if that’s even the proper labeling — is that they’ve eschewed that past-focused navel gazing, continually soldiering forward and creating new music rather than resting on their laurels. Going to the concert can certainly be an exercise in nostalgia, but not one loaded with a winking tinge of irony. Emo is a genre founded on sometimes ugly sincerity. The least we can do is appreciate the still-earnest bands sincerely. ♦