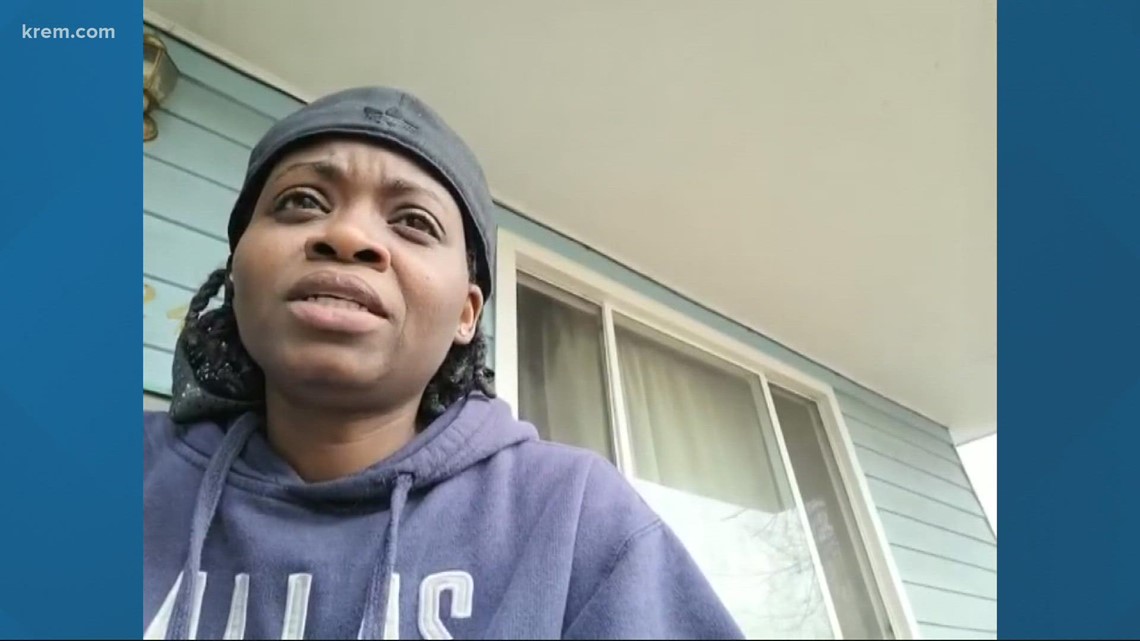 It’s been six months since Tiffany Turner almost died after a stranger randomly attacked her. She has no memory of what happened.

SPOKANE, Wash. — Last fall, cell phone video captured Martay Ellis attacking a woman he didn’t know in downtown Spokane. When that woman and her family heard he attacked another person while at Eastern State Hospital, they were not surprised. But, they were surprised he even had the chance to go after someone else.

It’s been six months since Tiffany Turner almost died after a stranger randomly attacked her. She has no memory of what happened.

Cell phone video shows Ellis stomping on Turner’s head and kicking her while she was unconscious at an intersection in downtown Spokane.

“Nothing has come back to me, nothing has jogged any memory,” Turner said. “The doctor did tell me that part of my brain that was injured and took the most impact was my memory.”

All she can remember is she was heading home with dinner for her two boys.

“I had just gone to a restaurant and picked up some to-go plates for my kids that day,” Turner said. “I only knew that because when I got my vehicle returned to me, the three plates of food I bought were still in the car.”

She’s spent the last six months in rehab and speech therapy. But her body is still healing.

“I had to get my eye glued back here on the corner and there’s a still a mark there,” she said. “I have these spots on my face where my face was repeatedly beat against the ground and being stepped on. And I still get the headaches.”

Her brother, Tommie Peterson, said her recovery is something of a miracle.

“It feels good to see my sister able to talk and communicate as good as she’s doing right now,” Peterson said. “This wasn’t the case months ago.”

Police arrested Martay Ellis for this brutal attack. But, a judge dismissed the case after finding Ellis lacked the mental capacity to stand trial. He spent the last month as a patient at Eastern State hospital.

“I am surprised that this incident is still happening,” Peterson said “What is going on with this guy, mentally? Maybe this is a mental health issue. But regardless of what it is, more has to be done than what’s been done. A young lady’s life has been changed overnight, and she has two boys. That is not a light matter. And she’s still not working.”

Turner said she couldn’t believe Ellis had the chance to hurt someone else.

Despite her disappointment in the system, Turner is determined to move forward. Not just for herself, but for the sake of her two boys.

“My kids are my motivation, and my job, I use that as my motivation to be the supporter that I was,” she said. “I still have to be there for my kids, and I have to lean a lot on my family because without them I wouldn’t even be here.”