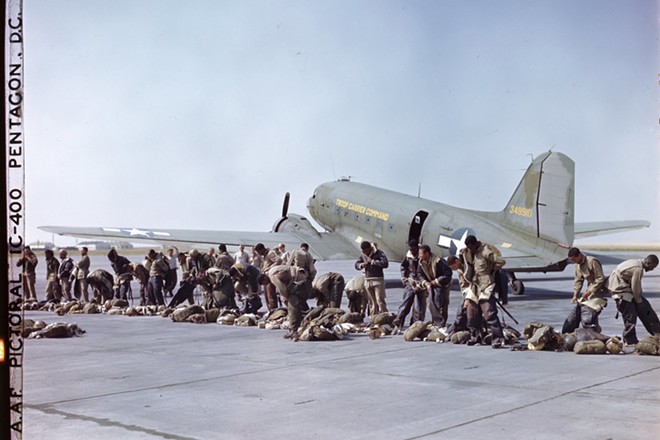 The first African-American partrooper unit gets its shine in Jumping Into the Fire.

While feature films tend to grab headlines, a festival’s true cornucopia of cinematic offerings come from shorts showcases. This year’s SpIFF features nine groupings of short films — separated into various world film, animation, LGBTQIA+ and Northwest clusters — and these are some of the categorical standouts from the pack.

THIS IS HE (US Shorts)
This short is essentially just a phone call between strangers with a previously unknown connection that lasts for about 10 minutes. But over that abbreviated period of time writer/director Thea Duncan Brooks is able to solidly establish two characters, grow and shift their relationship, build emotional stakes, and deliver a satisfying conclusion.

INK (Animation Showcase)
While you might not think of ink-spewing octopi as the cleanest animals, the pink mollusk at the center of this terrific animated short is a total neat freak. The effective wordless storytelling calls to mind top-tier Pixar shorts.

JUMPING INTO THE FIRE (Best of the NW)
Did you know that during World War II the Army established an all African-American paratrooper unit? And did you know their only deployment came as smokejumpers in the Pacific Northwest? Experience the unit’s story as told by founding member, 2nd Lt. Walter Morris.

BEST USE OF MUSIC

BEST USE OF METAPHOR

BEFORE THE ERUPTION (LGBTQIA+ Narrative Shorts)
This tender Spanish short finds a group of young adult buddies on a summer trip to a formerly volcanic area, as one friend is preparing to begin transitioning. The parallels of tension, change and reformed terrain are handled with a deft and loving touch.

OUTSIDE THE CONSULTING ROOM (World Shorts II)
The central plot point of this Chinese short is a daughter collecting the belongings of her father, a doctor who died while fighting the COVID-19 pandemic. And that’s not even the most emotionally wrenching turn the film takes. Ooooof.

AIMEE VICTORIA (LGBTQIA+ Narrative Shorts)
While a deaf lesbian couple’s displays of love outside each others’ windows make this short incredibly sweet, it’s the awkward FaceTime calls and sloppily eating ice cream in bed in a mildly depressed state that really feel painfully true to our pandemic times.

SNORRIE (MUSTACHIO) World Shorts I
It’s always interesting bumping into old friends when you return to your childhood home. It’s even more noteworthy when you unexpectedly run into your old imaginary friend, as is the case for Freek when he returns home to deal with a difficult family matter. 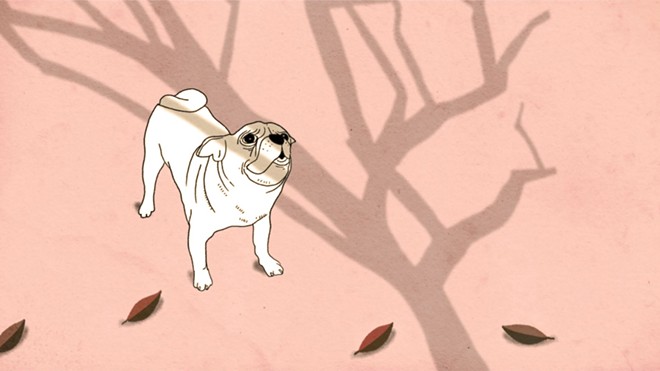 OLD DOG (Animation Showcase)
It’s hard to not fall in love with the elderly pug at the center of this adorable little animated short. The fact that he mirrors his aged caretaker to a T only makes him more lovable.

GUS (Spokane+PNW Makers)
With apologies to Casper, the titular sheet ghost at the center of this comedic short seems like a pretty swell roommate (even if he’s slightly oblivious to his specter situation).

LITTLE OX (Animation Showcase)
The unique flowing animation style of this Belgian short catches the eye, but be warned that the story might be as harsh as the desolate tundra upon which the oxen roam.

ANA Y EL DRAGO (World Shorts I)
In terms of a pure visual treat, it’s hard to top this arty Spanish short. It’s got a high-end music video feel, as two attractive young people search for connection in a cascading array of frames gridded to fill the screen.

BEST USE OF COLOR

PRIDE OF LIONS (Animation Showcase & LGBTQIA+ Narrative Shorts)
This brief poetic tribute to a gender-nonconforming friend who passed is elevated to another level thanks to the vivid neon colors that make the homage pop. 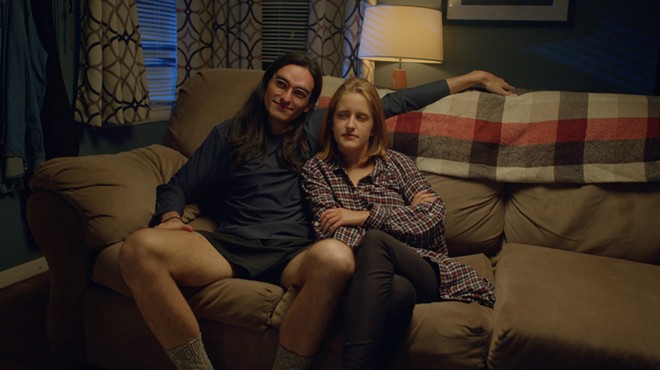 MY FIRST NATIVE BOYFRIEND (US Shorts)
At its core, this short wrestles with a white girl unloading apologies for her past microaggressions on her new Native boyfriend. But I could give you 100 guesses as to how it ends and you’d never get it. ♦ Article Source: Inlander