Not all independent films are treated equally. Sometimes they’re acquired by a tech giant and, against all odds, win Best Picture (hi, CODA). Or they play in theaters for a few weeks and generate intriguing word-of-mouth buzz. Or, most likely, they languish on the proverbial back shelves of streaming platforms, destined to be fixtures on lists of hidden classics “you’ve never heard of.”

Eventual destinations aside, we’ve selected some of the summer’s buzziest indie titles, from recent festival favorites to the latest works by beloved arthouse directors. Could any of them be future critical darlings or Oscar hopefuls? We’ll see. (Due to limited theatrical release, some of these movies may reach the Inland Northwest later than these listed opening dates.)

In a throwback to ’70s psychological thrillers and Euro whodunits, Maika Monroe (It Follows) plays an American expat living in Romania who becomes convinced that the shadowy voyeur in the building across the way is a serial killer. But will anyone believe her? Fans of Rosemary’s Baby, Don’t Look Now and the early work of Dario Argento shouldn’t miss it.

CRIMES OF THE FUTURE JUNE 10 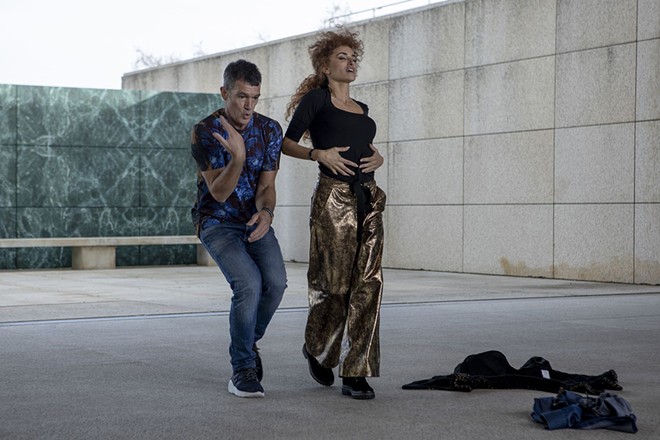 Antonio Banderas and Penélope Cruz reunite for a non-Pedro Almodóvar comedy that’s a send-up of their own industry. An aging pharma CEO decides to bankroll a big-screen version of a culturally significant novel, and the clashing egos of a provocative director and her arrogant actors inspire goofy show-biz satire that’s pitched at a volume somewhere between The Player and Bowfinger. 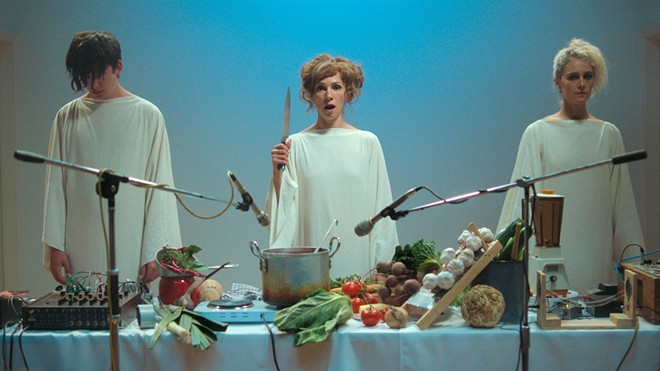 If your tastes tend toward the tasteless, then the newest whatsit from director Peter Strickland (Berberian Sound Studio, The Duke of Burgundy) might be your cup o’ tea. It centers on a performance troupe whose work combines the culinary arts with ambient soundscapes, experimental theater and, uh, some much more questionable functions. Bon appetit.

A well-off White couple are responsible for a fatal accident while on holiday in Morocco, and the fallout unearths long-simmering issues of racism and class divide. Jessica Chastain and Ralph Fiennes headline John Michael McDonagh’s adaptation of the acclaimed Lawrence Osborne novel.

BOTH SIDES OF THE BLADE JULY 8

Claire Denis won best director at the Berlin Film Festival for this politically charged romantic drama about an ex-con radio journalist (Juliette Binoche) who’s torn between the affections of her husband (Vincent Lindon, from the recent arthouse curio Titane) and her ex-boyfriend (Grégoire Colin, star of Denis’ revered Beau Travail).

I LOVE MY DAD AUGUST 5

What would you do if you were a middle-aged divorcee trying to reconnect with your estranged adult son? If you’re Patton Oswalt in I Love My Dad, you pose as a young woman on social media and strike up a queasy relationship with your own kid. Writer-director James Morosini based this cringe-comedy crowd pleaser on events from his own life — and you thought your parents were weird.

Another year, another small-scale psychological thriller starring Rebecca Hall as a woman at the end of her emotional rope. In Resurrection, she’s haunted, perhaps literally, by an intimidating man from her past, and she drives herself insane trying to prove she’s not just imagining things. Part cerebral character study, part grisly horror, this is sure to be a divisive one. ♦