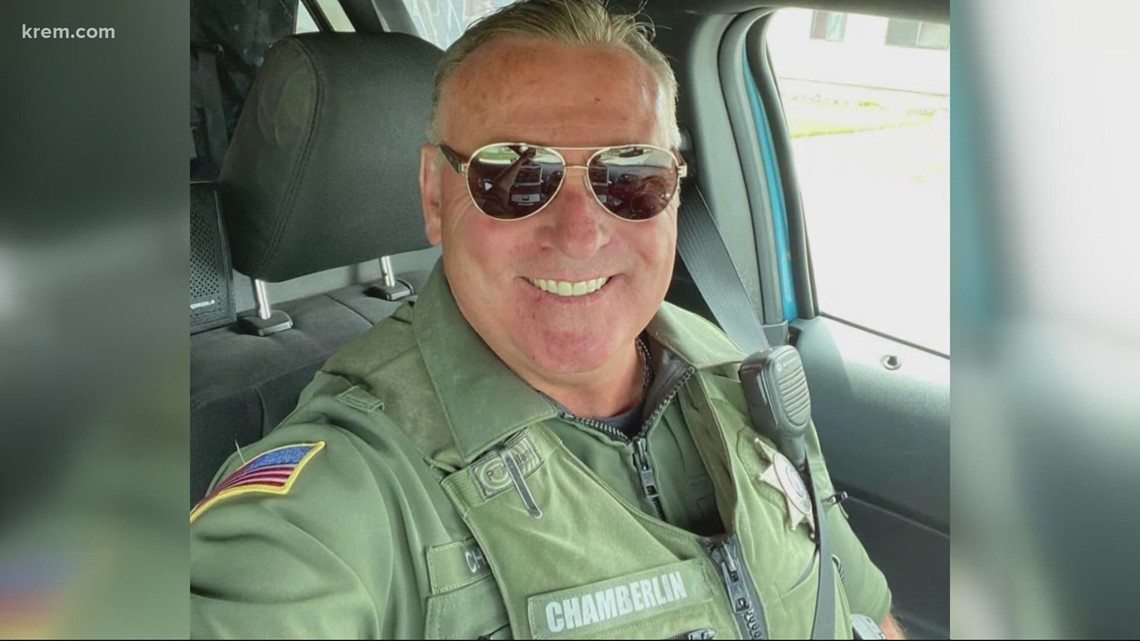 Former Spokane County Deputy Craig Chamberlin announced on Facebook that he is pulling out of the race for Sheriff. It follows an investigation and termination.

“First off, my family and I have chose[n] to pull my name from the race for Spokane County Sheriff for 2022.  I understand this is going to upset and surprise thousands of people so let me try to explain,” Chamberlin posted.

Chamberlin has been in the spotlight since he was fired in mid-February after an investigation into his conduct. Chamberlin claimed the firing was politically motivated and related to his plan to run for Sheriff.

Spokane County Sheriff Ozzie Knezovich, who is not seeking re-election and endorsed another candidate, fired the former deputy in mid-February after an internal investigation that took place in November 2021. It stemmed from a reference letter Chamberlin wrote for a man charged with possession of child pornography.

Chamberlin has maintained that he did not know about the investigation, a point he reiterated on Facebook on Thursday.

“This brings me to the big question, “the letter”.  I trusted a man I have known since high school and got burned.  Period.  I honestly don’t have any hatred towards you and sincerely hope you get the help you need.  Yes, it cost me a career I embraced for almost twenty-five and a half years, basically half my life.  However, it has taught me one thing I thought I’d never say.  The longer I am away from this job, the less I miss it.  And for all you that wonder why,  I had no reason not to trust him and had no idea this would end up the way it has and #2, regardless of what you hear or want to believe I had no idea what the situation surrounded.  I never interjected myself because it was not only not my investigation, I had no idea there was an investigation.  I trusted you, I should have asked the one simple question of what was going on, I didn’t, and the rest is history based off subjective thinking and assumptions,” Chamberlin posted.

To the thousands of supporters, friends, people I don’t know, people that have grabbed me in the grocery store or at…

Knezovich said Chamberlin was not fired for writing that letter, but rather because he believes Chamberlin lied about the circumstances surrounding it.

The sheriff also claimed Chamberlin lied about not knowing the man he wrote the reference letter for was charged with possession of child pornography.

However, Chamberlin told KREM 2 News in March that he only knew there was an active investigation after confirming with a sex crimes detective.

According to Knezovich, Chamberlin’s story changed in all three interviews during the internal investigation.

“It was almost impossible for me to keep it all straight,” Knezovich said in March.

Knezovich said Chamberlin’s record with the sheriff’s office includes three total internal investigations. Chamberlin is adamant the Sheriff had political motives for firing him once he announced plans to run for Spokane County Sheriff.

“If he tried to salvage me, if I was that much of a hindrance, that much of an issue to the Spokane County Sheriff’s Office, why was I the face of the department?” Chamberlin said.

Knezovich said it’s a possibility Chamberlin would still be a deputy had he not lied, but he would have still enforced a temporary suspension if that had been the case.

Spokane County Undersheriff John Nowles, who is also running for sheriff, told KREM 2 he understands the stress that a campaign can cause both a candidate and their family, and he understands Chamberlin’s decision to pull out of the race.