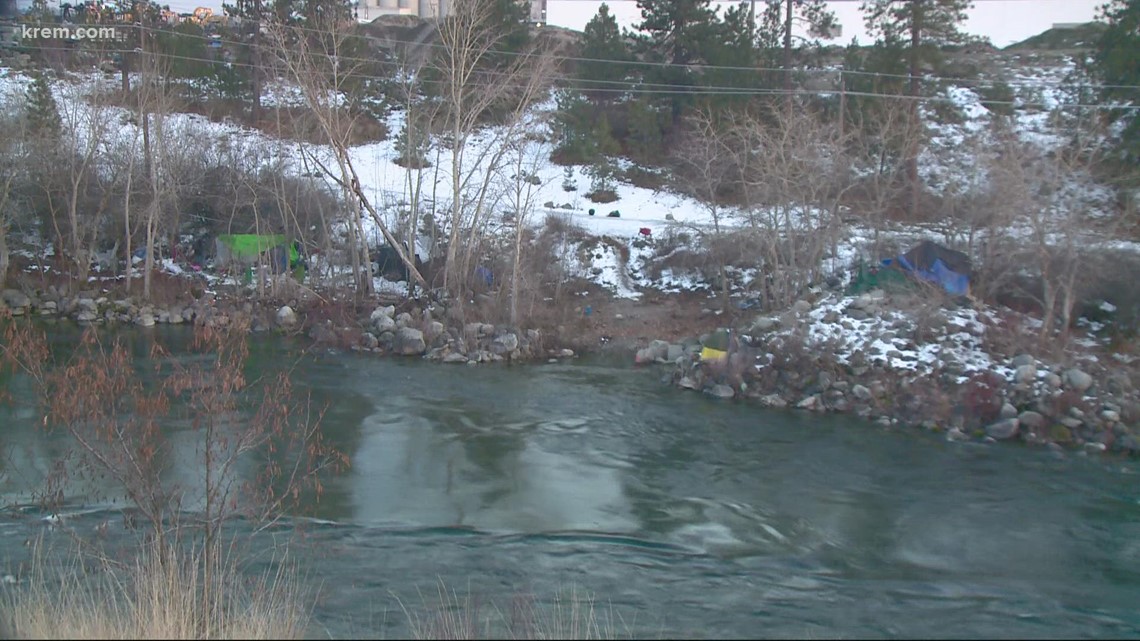 Spokane Fire Chief Brian Schaeffer said it’s believed the explosion may have happened after a cigarette was lit inside a tent where a propane tank was leaking.

SPOKANE, Wash. — An explosion in a tent at a homeless camp near North Waterworks Street and East Surro Avenue in Spokane on Monday injured a man and a woman, according to the Spokane Fire Department, which didn’t have an update on the conditions of the victims on Tuesday.

Spokane Fire Chief Brian Schaeffer said it’s believed the two people injured in the explosion were possibly using a propane tank to heat the tent they were living in, and that a slow leak may have started. Schaeffer said the explosion may have been caused by an attempt to light a cigarette inside that tent.

He said the explosion may be the worst of its kind that the fire department has seen.

“This isn’t the first one that we’ve experienced, but it is the worst in terms of consequences and injuries to humans,” Schaeffer said.

Schaeffer also said there were about 40 people living along the river near where the explosion happened, and it appeared the camp had been there for a while. He said a regional approach will be needed to tackle Spokane’s homelessness issue.

“The reality is, it’s complex, meaning there are as many solutions to the challenges, as there are challenges that need a solution here,” he said.

City of Spokane Spokesperson Brian Coddington said when it comes to doing safety or welfare checks on these types of encampments, it depends on where the camp is located. Regular checks through code enforcement and the Spokane Police Department are done on camps visible in the downtown core, he said, but when it comes to those in more remote parts of the city, it’s dependent on complaints.

“Typically what happens in that area is people come from across the river on the north side of river see activity on the south side. Either smoke or they see a gallery of tents in that area,” Coddington said.

Coddington said Dec. 7-9 was the last time the city responded to a complaint near North Waterworks Street and East Surro Avenue. Code enforcement will usually take away trash at the request of those living in the camps when they respond to complaints, but when it comes to dealing with dangerous situations, Coddington said it becomes complicated.

“It’s a fine line to make sure that you’re being respectful of the individual there, but you’re also looking out for their health and safety,” Coddington said. “In extreme cases, there are measures that can be taken, but in most everyday type occurrences, it’s more of a conversation to help that person mitigate that situation.”