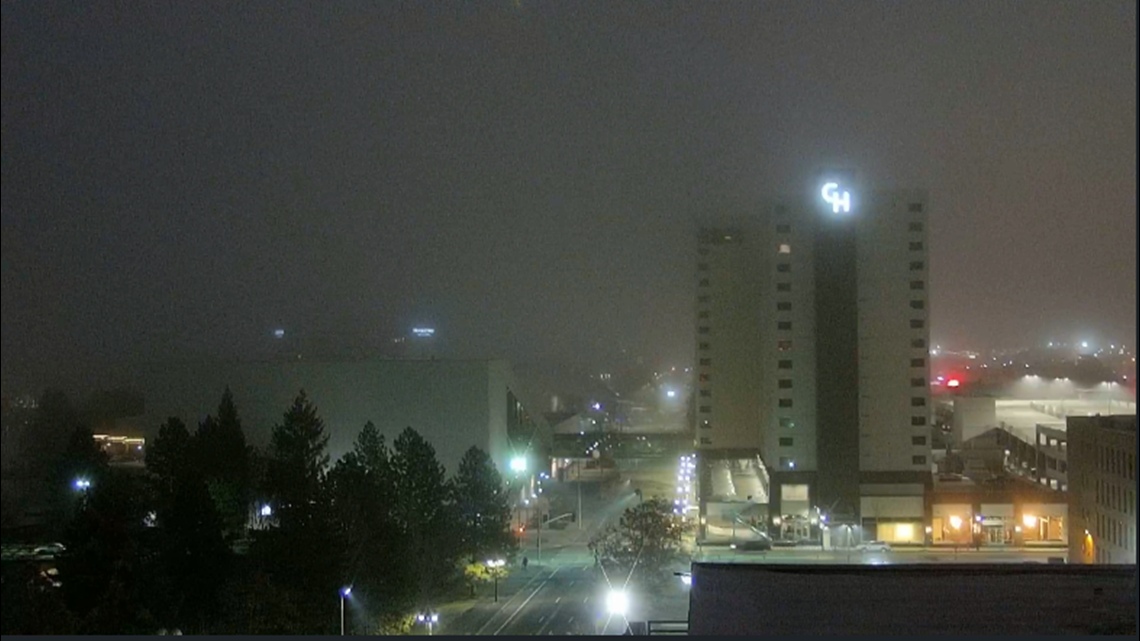 The policies were created after a recent public survey was conducted on crime, mental illness and addiction.

SPOKANE, Wash. — The Downton Spokane Partnership (DSP) released a series of policies aimed at increasing public safety in downtown Spokane. The policies were created after a recent public survey was conducted on crime, mental illness and addiction.

The survey was commissioned by DSP in fall 2021 and conducted by EMC Research, a public opinion research firm. Nearly 400 responses came in from downtown businesses and property owners.

“Our poll shows that downtown stakeholders are worried about the direction downtown is headed, pointing to a host of worsening safety and security challenges,” EMC Research Principal Andrew Thibault said in a statement. “Strong majorities reported increases in all six safety [and] security issues tested in the survey – homeless encampments, mental health episodes, open drug and alcohol use, customers and employees feeling uncomfortable, and discarded needles. Despite the challenges, these stakeholders remain optimistic about downtown’s future.”

According to key findings from the survey, respondents said downtown Spokane cannot fully recover unless challenges from addiction, mental health and publish safety are addressed. However, many respondents said they remain optimistic about its future.

After survey results were released, DSP put together a set of proposed policy solutions to increase safety in the downtown area.

“The public’s perception of its own safety is a major factor in the growth and development of a downtown like ours,” DSP President and CEO Mark Richard said in a statement. “Our overall goal was to not only quantify these perceptions, but to proactively propose actions local and regional policy makers can pursue to help resolve them.”

“Our community has spoken and we want to honor the feedback we received,” Andrew Rolwes, Vice President of Public Policy for the DSP Andrew Rolwes said in a statement. “It is our intent that these policies aid Spokane’s leadership in taking action to create the more vibrant and healthier downtown the community wants to see.”